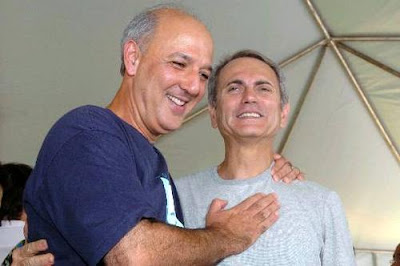 THE capital of Brazil, Brasilia, remained in a deep political crisis this week with the Distrito Federal Governor Jose Roberto Arruda still being held by the federal police for obstruction of an investigation of massive corruption involving the governor and at least 11 district representatives.

Arrested on Feb. 11, at the beginning of Carnival, Arruda is being held at the headquarters of the Federal Police in Brasilia after he allegedly tried to bribe a local journalist to testify in his favor in the ongoing corruption investigation called “Pandora’s Box”.

The vice governor of the Federal District, the enormously wealthy and successful real estate tycoon Paulo Octavio, took over as acting governor when Arruda was arrested. But he too has been linked to the corruption scheme, and impeachment proceedings have been filed against him, as well as Arruda, by several district representatives.

Octavio found that he had little support in the DF legislature and after only 11 days in office decided to resign last week. After a hurried meeting with Brazilian President Luis Inacio “Lula” da Silva last week, he announced that he was holding off on resigning until this week, claiming that President Lula had asked him to wait a few more days. This was promptly denied by the presidential palace, which did not want the public to think that the president was supporting a politician under suspicion of corruption.

Arruda was arrested upon request of the Attorney General Roberto Gurgel, who has repeatedly warned that there could be federal intervention in the governance of the Federal District if the local government does not get its act together. If the federal government stepped in, they would need to appoint someone to manage the capital at least until October when national elections are scheduled to take place and a new slate of politicians can be voted into office. The problem here is that the leading candidate expected to win the governor’s race is Joaquim Roriz, a former three-time governor of the DF and federal senator, who had to resign from the Senate in 2007 in a corruption scandal in order to not have his political rights suspended for several years if he had been found guilty.

The Pandora’s Box investigation by the federal police came to public knowledge last year when hours of secretly filmed videotape was released by the police showing Arruda and several district representatives in different instances accepting large cash bribes and stuffing the money into their socks, underwear and handbags. The police claim these were regular kickbacks made over several years by businesses that had been given lucrative contracts with the Federal District government. These scenes caused a national outcry against such blatant greed and corruption when they were televised, although Arruda still maintains the payoffs were to fund the electoral campaigns of the politicians.

Durval Barbosa, a former official in the DF government, who was involved in all of the payoffs, secretly filmed them in a deal he made with the Federal Police to help them in their investigation. In return he has been promised a reduced sentence.

The Supreme Federal Court was originally scheduled to rule today on a habeus corpus motion by Arruda’s lawyers, but has postponed any decision until next week after Arruda’s lawyers asked for more time to study the original voting of the court which decided in favor of holding the governor. According to today’s Correio Braziliense newspaper, 13 of the 15 justices, who heard the original petition to have Arruda arrested, voted in favor of his arrest.

A district representative, Wilson Lima, is now the new acting governor of the Federal District. He was described by Octavio in an interview with the Estado de Sao Paulo newspaper yesterday as “a simple man”.

What remains to be seen is if Lima can stave off a federal intervention until the elections in October, and if Arruda, Octavio and the 11 district representatives will be tried in court for corruption. For too long disgraced politicians in Brazil have been able to cry on TV begging for forgiveness and then make a political comeback several years later as if nothing had happened. One can only hope that the memory of voters in the Federal District is not so short that they re-elect politicians that have proven in the past how rotten they really are.