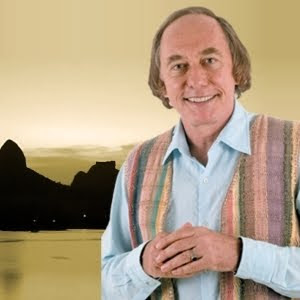 CARLOS MINC, the activist Brazilian minister of the environment (seen at right), was this week the victim of a homophobic verbal attack by the governor of Mato Grosso do Sul, after Minc told President Luis Inacio Lula da Silva that more land in that state should not be given over to the planting of sugar cane.

It seems that Gov. Andre Puccinelli has many rich farmer friends who were pressuring him to allow them to expand their sugar cane farms. The problem is that Mato Grosso is home to the vast pantanal, or wetlands, which are home to thousands of species of birds, fish, insects and other wildlife. Turning over more of the pantanal to such farming would undoubtedly have a negative effect on the wildlife.
The foul-mouthed governor was so angry that he said that”Minc is a weed-smoking faggot and I will run after him and rape him in public if he comes to this state.” Soon after his homophobic remarks were reported online by Epoca magazine his aides issued a written apology saying that he was only joking and that he was sorry if his words caused offense. Joking about raping a minister?! That does not sound like a joke to me!
The 58-year-old minister is a co-founder of the Brazilian Green Party and is a professor of geography. A leftist political activist from a young age, Minc was exiled by the Brazilian military dictatorship after being arrested in 1969 for his anti-government activism at the age of 18. He returned to Brazil in 1979 following an amnesty. He’s married and has two children. Click here to read his website (in Portuguese).
A strong supporter of women’s and gay rights, it is no secret that he is in favor of decriminalizing the personal use of marijuana in Brazil. A close confidante of President Lula, it is obvious whom Lula listened to when the petition for more sugar cane farming landed on his desk.
Minc reacted to Puccinelli’s scurillous comments on Wednesday by saying that “many times, people who do not admit their homosexuality try to attack gays, because it’s something they cannot accept in themselves. I am a defender of homosexual rights. The governor can relax and come out of the closet.”
The minister of science and technology, Sergio Rezende, came to Minc’s defense, stating that Puccinelli is “a right-wing troglodyte.” A human rights group is also planning a protest in Mato Grosso do Sul on Oct. 11, saying that the governor’s ill-chosen words added to the homophobia in that state.
Share: