Knee-jerk reactions to terrorism give false sense of security 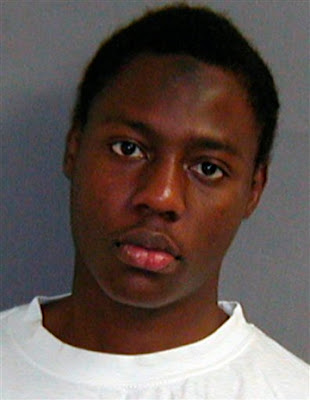 THE HASTILY announced new security measures implemented soon after the bungled Christmas Day attempt by Umar Farouk Abdulmutallab (photo at right) to bomb a Delta jetliner approaching Detroit, of not being allowed on international flights to use the bathroom one hour before landing in the US or having a blanket on one’s lap, were laughable despite the seriousness of the threat.

One does not deny that there are growing numbers of Muslims around the world who are being radicalized and pushed into hating and wanting to harm the United States and its citizens. This is due to two reasons: The rise of radical and ultra-conservative Islam, fueled in large part by Saudi money, and the US invasions of Iraq and Afghanistan. It is amazing that so many Americans still insist in solely viewing American imperial adventures abroad as do-good missions, swallowing hook, line and sinker the lie that America just wants to improve things in the Middle East.

How can so many intelligent Americans not realize that in invading other countries, citizens of those countries just might harbor feelings of ill-will and resentment towards the invaders? It seems to be a logical and very human reaction to such a situation. Would Americans like it if Russia or China invaded the US to supposedly improve life for oppressed Americans? I hardly think so.

The chorus of criticisms of the Obama administration’s reaction to the failed bombing were right in pointing out the stupidity of Homeland Security Secretary Janet Napolitano’s comment that “the system had worked” when passengers and flight attendants overpowered Abdulmutallab, and in slamming President Obama’s seeming lack of concern when he initially sent out advisers deal with the aftermath before finally holding a press conference himself.

Napolitano had to quickly backtrack in the days following her inauspicious comment, especially when it became known that Abdulmutallab’s own father had gone to the US Embassy in Lagos, Nigeria, months ago to warn them about the radicalization of his son. An intelligence report was telegraphed back to Washington from the embassy and the Nigerian’s name was placed on a watch list of half a million people. But he was not put on the much smaller no-fly list, and worst of all his two-year US visa was not cancelled immediately as it should have been.

All passengers flying to the US have their names and passport details sent ahead when they check-in for their flights so that security checks can be made before someone believed to be a threat can even board a flight to the US. If his visa had been cancelled, and if the pre-flight verification system had worked, then Abdulmutallab would have never been allowed to board that Delta flight.

It was the fast thinking action of a Dutch passenger which saved the day on that Delta flight when he leaped across rows of seats when he saw that Abdulmutallab was trying to set off a bomb, and grabbed the explosive device out of his hands, thereby saving the lives of nearly 300 people. Alert passengers and flight attendants on flights to and in the US are indeed the last line of defense between a terrorist and their success or lack thereof in blowing up or crashing a plane.

The extra security measures announced this week for passengers flying to the US from 14 countries considered to harbor many potential terrorists with anti-US feelings, including Saudi Arabia, Nigeria, Pakistan, Algeria, Iraq, Afghanistan, Somalia and Yemen, seem unfair to me and are certainly not foolproof. Al-Qaeda or any other group could get around these new restrictions by recruiting disaffected American, French or British Muslims to carry out attacks on the US and Americans. Or they could use Indonesians, Indians, Filipinos or Chinese to carry out attacks.

Americans and Europeans have to think strategically and cleverly in how to outfox the terrorists. Installing those huge imaging full body scanners at all major European and US airports would be a good beginning. They have hardly been used so far because of objections from privacy activists. But in this age of underwear bombers, these scanners have become more necessary than ever. Who cares if security screeners can see the outline of your entire body? Especially when the images are not stored and are deleted soon after being taken? Objections that screening all passengers with these machines would take far too much time could be remedied by randomly screening a certain number of passengers from each flight, no matter their nationality.

In addition, Western countries need to be adept at sorting through and actually analyzing intelligently the avalanche of data and information that they are buried under on a daily basis. Firing a US intelligence analyst, who spoke fluent Arabic, just because he was gay, has to stop too. Apart from being homophobic and wrong, firing someone just because they are gay is silly when there are so few Americans who actually speak and write Arabic fluently.

Western countries have to think outside the box and at the same time support progressive and moderate forces in Muslim countries so as not to alienate whole nations. Pulling out of Afghanistan would be a good first step. That war is unwinnable, and it is a shame that hundreds of young Americans and Europeans have given their lives for a country that does not want their help and an Afghan government that is riddled with corruption. And that too just so that Obama and UK Prime Minister Gordon Brown can save face and not be accused of abandoning the fight. Afghanistan was never a good fight to begin with. Bush got us involved in that, Obama should now get us out.