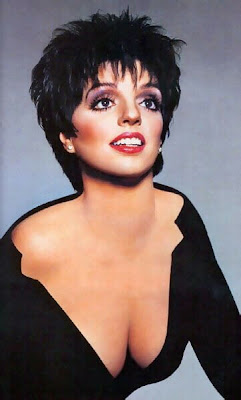 DESPITE being 63 years old and having undergone two hip replacements, Liza Minnelli wowed Brazilians here in Brasilia on Saturday night at her first and only concert in the capital city.

“I can’t believe it, we’re in Brasilia!” gushed Minnelli like an excited puppy dog. The audience loved her and the legendary singer and actress’s enthusiasm seemed genuine.

She sang such favorites such as Cabaret and New York, New York, which she pointed out was originally composed for her but was later popularized by Uncle Frank (Sinatra), and a song by Al Jolson. She also sang songs from her latest Broadway show called At the Palace.

Tickets for her show were not cheap. I paid R$400 for two tickets, or around $174. Held at the Ulisses Guimaraes Convention Center, there were many empty seats. The audience was heavy with older fans of the singer, with many mother and daughter couples glimpsed in the audience.

I went with my mother who probably hasn’t been to see a live show in several years. She enjoyed the show, though we both were unimpressed by the lousy sound quality of the speakers on either side of the stage.

During the first half of the show, people in the audience kept taking so many pictures with cameras and cell phones that Minnelli got annoyed and announcements saying that it was strictly prohibited to photograph or film the performance were made during the intermission. But it was too late as most people had already taken their pictures or video. This did not stop Minnelli from telling a young woman sitting near the stage to stop photographing her during the second half of the show. “You can come backstage after the show and take as many pictures as you want,” said the star.

Minnelli did sound out of breath several times during the show, but at 63 she still has great lungs to belt out songs, as my mother noted. We both agreed though that Minnelli’s mother Judy Garland had a more beautiful voice.

She ended her show with a rousing rendition of New York, New York and then came back to do an encore.