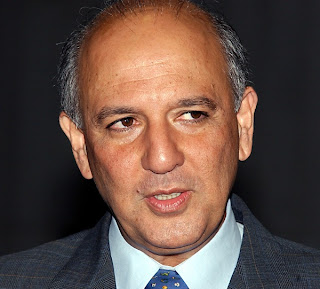 THE SECRET video recordings shown on Brazilian television this week show Federal District politicians, including the governor, Jose Roberto Arruda, accepting wads of cash and stuffing them into their underwear, socks and jacket pockets.

In a sweeping anti-corruption sting led by the Federal Police, code-named Pandora’s Box, and the Ministério Publico, a ministry in the federal Brazilian government charged with tracking down corruption and indicting those engaged in it, the videos were released to the press this week after months of investigations. The Supreme Court of Brazil authorized the secret video and audio recordings, most of which were taken by the former secretary of institutional relations of the Federal District, Durval Barbosa.

According to the Federal Police, the scheme involved various private firms giving monthly bribe payments to the governor, the vice governor Paulo Octavio, and at least eight Federal District legislative council members. In return, these officials allegedly steered juicy contracts to these firms.

Gov. Arruda has vehemently denied the accusations saying that the payments were election campaign contributions, some of which he claims were used to buy panatones (Italian-style, sweet Christmas bread) for poor families last year in the Federal District. The O Globo newspaper calculated that the amount in that questionable transaction alone could have bought 3,333 panatones.

Around 150 anti-corruption protesters invaded the Federal District’s legislative council building on Wednesday afternoon at 3 p.m., crashing through a glass door, knocking over a metal detector and slightly injuring one of the six guards that were unable to stop them from coming in. They chanted slogans calling for Arruda’s impeachment and his imprisonment at the local Papuda jail. They occupied the actual legislative chamber, which has 24 members, but later left. They returned again at night, vowing to spend the night sleeping there.

Arruda is no stranger to charges of shady dealings. In 2001 he had to resign as a senator in the federal Senate after he tearfully admitted to rigging the voting results of the chamber. A member of the opposition Democratas party, Arruda is hanging onto to his job for dear life. His party is split between those who want him to be immediately thrown out, and those who have been receiving financial aid from him to help pay off outstanding debts from the previous election. The party has decided to do an internal investigation in eight days, and said that Arruda would not be questioned, admitting that the whole process and resulting outcome would be a political one.

Brazilian President Luis Inacio Lula da Silva was initially extremely cautious when asked about what he thought of the broadcast video footage. “The images do not speak for themselves,” he told Brazilian TV reporters two days ago while attending the Ibero-American Summit in Portugal. By Wednesday he had dramatically changed his tune, saying that he had seen some of the images and that he thought it was a “grave” situation. But he stressed that he as president was not going to prejudge anyone, and that a formal investigation and judging process would determine who was guilty or not.

Many analysts pointed out that President Lula was going extra easy on the Democratas scandal because of his own PT party’s mensalao illegal payments scandal in 2005 that when uncovered threatened his presidency and led to the resignation of several key government officials.

With public anger at the ongoing corruption in Brazilian politics it seems certain that Gov. Arruda and his deputy Octavio have their days in power numbered. Without an affiliation to a political party for at least the previous 12 months, Arruda and Octavio will not be able to run in the elections next year, guaranteeing that their political ambitions will be over at least for another four years. But never say never in Brazil. In this country, voters seem to have very short memories, and regularly re-elect corrupt politicians. Just look at Paulo Maluf, who is accused of having siphoned off millions of dollars from public works while he was governor of Sao Paulo state. He is currently a deputy in the House of Representatives and has not spent time in jail for the crimes he committed.