Reform in Saudi Arabia: Only a mirage? 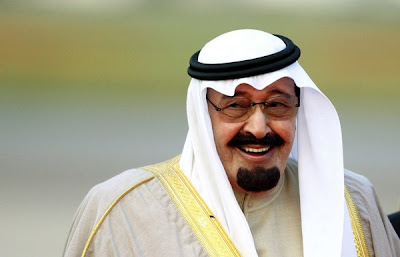 IF YOU read Christopher Dickey’s latest article in Newsweek magazine about how King Abdullah of Saudi Arabia is racing against time to implement reform in the kingdom (The Monarch Who Declared His Own Revolution), you would be forgiven if you ended up with the impression that efforts at reform had never taken place before.

“For years the pace of reform in Saudi Arabia has reflected what seemed to be denial. Change has been almost imperceptibly slow, like a dune moving across the desert, even as the kingdom’s festering problems nourished extremism,” writes Dickey. “In the past few weeks, however, things have suddenly accelerated as the king has moved to show the ultraconservative Saudi religious establishment quite literally who is boss. He’s sacked the head of the feared religious police and the minister of justice, appointed Nora al-Fayez as deputy education minister, making her the highest-ranking female official in the country’s history, and moved to equalize the education of women and men under the direction of a favored son-in-law who has been waiting for years to modernize the nation’s school system.” (Emphasis added is mine.)

I would argue that the push for change really started to gain momentum after the 9/11 attacks on the United States as most of the 15 hijackers were Saudis. Or around seven years ago.

Dickey, although he is a good journalist, suffers from the parachute-journalist syndrome. He’s based in Paris and hardly visits the kingdom. And he only quotes Princess Adelah, the daughter of King Abdullah, Prince Saud al-Faisal, the foreign minister, Ford Fraker, the outgoing US ambassador to Saudi Arabia, and an anonymous mother of two. Where are the brave voices of ordinary Saudi reform activists such as Matrouk al-Faleh, Ali al Demaini, Abdullah al-Hamed, the lawyer Abdulrahman al-Lahem, the professor Hatoon al-Fassi and Wajeha Howeider, to name just a few.

In one of his first acts after being officially enthroned as king in 2005, Abdullah pardoned the three activists Faleh, Demaini and Hamed after they had been sentenced to jail terms for calling for a constitutional monarchy. Read my article about it in Al Ahram Weekly here.

But since then, as is usual in Saudi Arabia, the pendulum has swung back and forth between progress and regression. Faleh was again arrested last year for denouncing bad jail conditions. He was held for many months before being released without any charges.

The latest absurdity to emerge in my beloved country was the case of the 75-year-old widow who was arrested by the religious police for being in seclusion with two unrelated men. She claims one is a milk-baby of hers, and that he and friend were just delivering loaves of bread to her house when they were apprehended by the mutawwas.

Cases such as this one only bring shame and ridicule upon Saudis and our country. And then some Saudis wonder why foreigners sneer at us and our customs.

King Abdullah may sincerely want to reform many aspects of Saudi society, and most Saudis I speak to believe that. Many Saudis were elated when he fired the head of the religious police and appointed a woman as deputy education minister. But these are mere baby steps. Neighboring Gulf states have had women ministers and ambassadors for years, and the Saudi municipal elections, which have been held only once so far (and only men could participate), are put to shame by Kuwait’s lively parliament that has been around since the 1970s. The next round of municipal elections that were supposed to be held this year seem to be forgotten as the government is not talking about them, and women who had hoped to be allowed to vote this year, will find their hopes frustrated once again.

The king is up against the strength of the religious establishment that has been given many powers both over the judiciary and other areas of Saudi society. That deal was struck by King Abdulaziz al-Saud decades ago when he was unifying the country, and it is going to continue to be a seesaw of back and forth in terms of progress for many years to come.

— For an excellent analysis of why King Abdullah’s appointments are not that revolutionary, read Toby Jones’ article in Foreign Policy, Saudi Arabia’s Silent Spring.