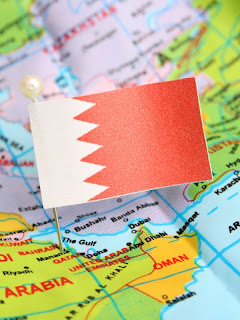 The sight of smiling Saudi soldiers flashing the V-sign of peace as they rolled into Bahrain in light-armoured vehicles on 14 March must have surprised many Saudis and Bahrainis who probably had never dreamed they would witness such a scene in their lives.

These sad events caused Shias in Iraq and Lebanon to hold rallies to show their solidarity with their brethren in Bahrain, and to call for Saudi troops to be withdrawn. In Iran, 700 protesters threw stones at the Saudi Consulate in Mashhad on 18 March, and in Tehran last week radical cleric Ayatollah Ahmed Jannati called on Bahraini Shias to “resist against the enemy until you die or win”. Iran later withdrew its ambassador from Bahrain, and the island-state then expelled Iran’s charge d’affaires. Finally on 20 March, the king of Bahrain, clearly alluding to Iran, announced that his country had foiled a three-decades long plot by an unnamed foreign nation to destabilise his country when his army clamped down on the pro-democracy protesters.

Many observers have therefore cast the showdown in Bahrain as a proxy battle between Sunni-majority Saudi Arabia and Shia- majority Iran for influence in the region. With Shias having come to power recently in Iraq and Lebanon, Bahrain has become a red-line in the sand for Iran’s expanding influence in the region that none of the Sunni-ruled Gulf states will allow to be crossed.

“Bahrain is seen as Saudi Arabia’s backyard, and an overthrow of the Al-Khalifa would open the door more widely than before for Iranian influence,” said Christopher Davidson, reader in Middle East politics at Durham University in the UK, and the author of several books on the UAE. “More importantly, it’s a red line for autocratic Gulf regimes as much as a geopolitical red line: if the Al-Khalifa fall, it will break the ‘bubble of invincibility’ of Gulf sheikhs.”

“None of the Arab states in the Gulf want to see a close neighbour fall, particularly with the various sectarian elements at play. I want to be clear here, though, that I think it is the Arab Gulf Sunni governments and not the protesters in Bahrain or elsewhere that are playing the sectarian card. My sense, and I know many of them, is that the protesters are serious about democracy,” Jones said.