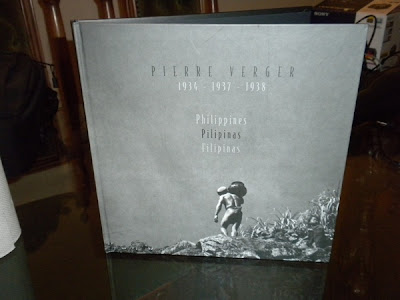 THE much awaited book of Philippine photographs taken by the French photographer Pierre Verger in the 1930s was finally launched last night here in Brasilia at the residence of the Philippine Ambassador to Brazil Teresita Barsana.

The 187-page book showcases the black and white photographs taken by Verger on two trips to the Philippines in 1934 and then 1937-38, during which he traveled from the northernmost tip to the Muslim south. Many of the photos included have never been published before. Verger was a prolific picture-taker, a true photojournalist who wanted to document day-to-day life wherever he went. This explains the mountains of negatives that he left behind at the foundation named after himself in Salvador, Bahia. Barsana told me that after she had the idea of producing a book just of his Philippine pictures, she spent days at the foundation pouring over his photographs to choose the best ones out of nearly 2,000 alone on the Philippines.
“Many of the negatives were in very bad condition, ravaged by heat and humidity,” said Brazilian photographer Alexandre Magno, who was in charge of designing the book. “We had to use Photoshop to improve the quality of many of them.”
Ambassador Barsana told me that the Pierre Verger Foundation was initially hesitant in producing the book. “‘How many people will be interested in photos of the Philippines?’, they asked me, and I said I would make people interested!” she told me as she happily autographed copies of the book for guests at the launch.
This career diplomat is very happy that she was able to produce this book before she leaves soon to set up the first ever Philippine embassy in Lisbon, Portugal.
The book was being sold for R$65 ($37.70 or P1,795) at the reception, and was printed in a limited-edition run of around 1,000 copies. Hopefully, the book will give Brazilians an intriguing look into what the Philippines and Filipinos looked like in the 1930s, just before World War II and their subsequent independence from the United States.
Share: