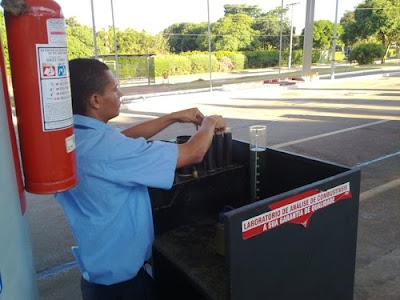 The manager at the Texaco station at QL 15 in the
Lago Sul of Brasilia, is seen testing the Techron Plus fuel
last Sunday. (Photos by Rasheed Abou-Alsamh)

SEVERAL warning lights lit up on my car’s control panel last Thursday, something that had never happened before with my 2010 Subaru Forester that was only four months old. I immediately looked at my car’s manual to see what they meant. 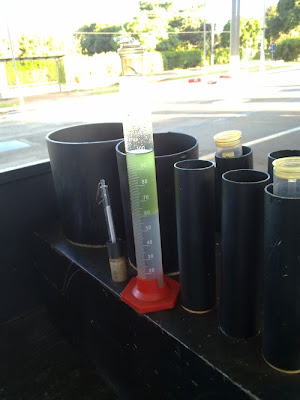 A test tube half filled with Techron Plus gasoline,
separates out after a solutionwas added to it. The fuel rose
to the top, leaving the alcohol in the bottom.
Share: