Why We Should Treat Menial Workers Better 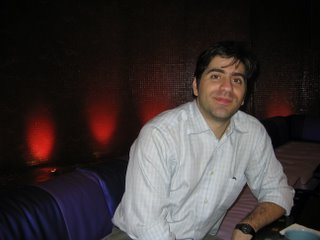 I WAS having lunch last week at Senses restaurant in Jeddah with an ex-colleague of mine, Afshin Molavi, when he said that he still thought too many Saudis treated foreign menial workers with contempt. Sadly, he was right.
Afshin first came to Saudi Arabia in 1993 as an intern at Arab News, and then later worked full-time for the newspaper for two years, one of those in Riyadh. He is now a fellow at the New America Foundation in Washington, D.C., and was recently here in the Kingdom on assignment for The Smithsonian magazine to write about recent political developments.
Of Iranian origin, Afshin, now 34 years old, wrote a book on Iran called “Persian Pilgrimages” in 2002. A mixture of a travelogue and historical snippets, the paperback edition of that book has just come out, updated and expanded with an additional 60 pages, and renamed “The Soul of Iran, A Nation’s Journey to Freedom” (New York, W.W. Norton, 355 pages, $14.95).
“I’m appalled at how Saudis still treat foreign workers badly,” Afshin told me while we ate sweet Asian soba noodle soup and California Maki sushi at the trendy restaurant that was just opened a few months ago by the same owners of Java Lounge on Andalus Street in the Suhaili Plaza. 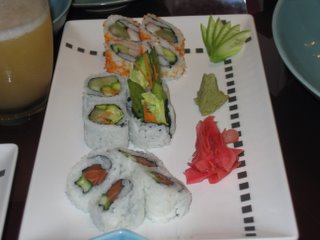 The yummy Maki sushi that I had

“Despite Saudi Arabia moving in the right direction in many areas – such as King Abdullah’s attempts to include more Saudis in the political process – I would hope that both the Saudi government and people would begin to appreciate and treat better the guest workers who are doing the menial and service jobs,” he added.
“I would love to see Saudi princes one day have a reception for the South Asian construction workers who are building all of their cities. It would mean a lot to them,” explained Afshin.
As Afshin found out when he recently went to a bank in Riyadh to change some money, it is still common for many Saudis to cut into lines just because they are Saudi and they think they are entitled to do so, and that no one will dare say anything.
Afshin did object loudly to a Saudi that tried to cut in front of him and another foreigner, and the Saudi retreated to the back of the line were he belonged since he had just arrived in the bank.
This sense of royal entitlement to everything in life, from cutting into lines at banks to just drinking tea at work and letting the “foreign” co-workers do most of the hard work, is I hope fading fast. If Saudi Arabia is to develop equitably it should be with the sweat of both Saudi and foreign workers, and we must appreciate and thank the millions of foreign workers who have helped make Saudi what it is today. 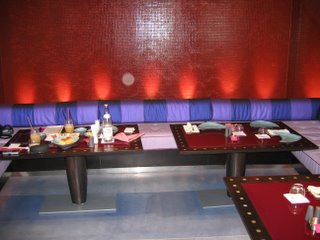 A view of the dining area in Senses. I like the red glow of the walls. 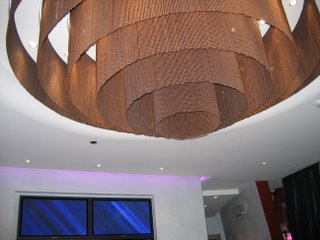