Against corruption and for culture

By:
Rasheed Abou-Alsamh
"Documenting the Undocumented" by Huda Beydoun, 2013. 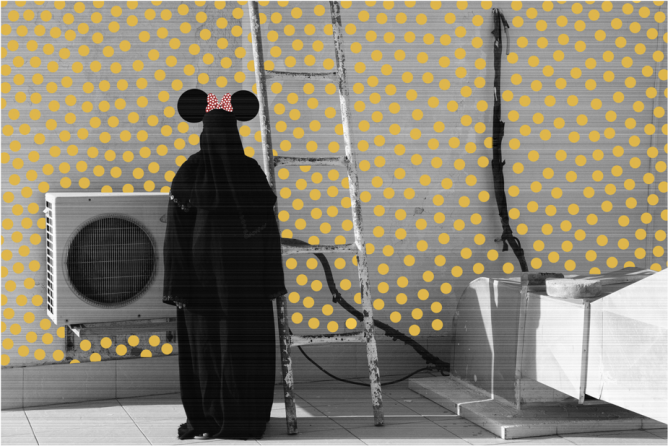 The sweep against corruption in Saudi Arabia began to wind down on Jan. 27, 2018, when Prince Alwaleed bin Talal, a billionaire businessman, was released from his luxury jail at the Ritz-Carlton hotel in the capital, Riyadh.

Hours earlier, an interview that he gave to the Reuters news agency was posted on the internet. In the video, the prince – whose personal wealth is estimated at US$17 billion, making him one of the wealthiest men in the world -- categorically denied that he is corrupt and said he had insisted on spending more time in the hotel to get rid of all suspicions. It seemed strange how he showed the little kitchen where they brought vegan dishes for his meals, since he owns a palace in Riyadh with more than 400 rooms. Alwaleed said he will return to running Kingdom Holding, which includes several cable TV networks, a record label, a stake in Banque Saudi Fransi and large stakes in Citibank, Apple, Twitter, and Lyft, among others.

News of Alwaleed's release made the value of Kingdom Holding shares rise 10% in one day, after having fallen more than 20% when he was arrested in November.

Bakr bin Laden, the former head of the Saudi Binladin Group, was also freed last week. But the government now controls the construction company, although the Bin Laden family holds several seats on the executive board. The contractor faced difficult times in recent years, despite being hired for decades for the expansion of the mosques in Mecca and Medina. But a lamentable accident occurred in the Great Mosque of Mecca in 2015, when a crane fell during a violent gale and killed 107 people. It seems that this sealed the fate of the company, which never recovered from the accident.

In any case, the Saudi attorney general, Sheikh Saud al-Mojeb, announced on Jan. 30, 2018, the end of investigations into the 325 people who had been detained at the Ritz-Carlton. He also announced that the government had recovered US$107 billion in deals made with the detained princes and businessmen. About 60 prisoners remain, who have refused to make a deal or admit to having made money illegally. They were transferred to Al-Hair prison, south of the Saudi capital, and will face legal proceedings.

As far as the eye can see, 32-year-old Crown Prince Mohammad bin Salman (MBS) has the support of the Saudi population for this anti-corruption campaign and for his liberalizing steps. Under his influence, his father, King Salman bin Abdulaziz, has allowed Saudi women to drive automobiles from June of this year. Until 2017, the conservative kingdom was the only country in the world that banned women from driving. King Salman also ordered the reopening of cinemas, after a break of more than 30 years, and allowed the entrance of women in sports stadiums to attend football matches.

But it is in the area of ​​culture that MBS is going further. He authorized the formation of the Misk Art Institute and appointed the Saudi artist Ahmed Mater to direct the institution. The Crown Prince already chairs the Misk Foundation, with educational, social, and cultural programs aimed at Saudi youth.

The institution has several Saudi artists on display at a museum in Brooklyn, New York, and is choosing the design for the Saudi pavilion at this year's Venice Architecture Biennale. The institute will also organize an Arab art festival in New York in October, and send Saudi artists to study in California. More than 60% of management positions in the entity are held by women.

Saudi directors were very excited about the news that cinemas were going to open again in the country. Until now, they could only display their works abroad or on the internet. Now, with these cultural reforms, they will be able to show their films in local cinemas or on Saudi TV.

Saudi filmmaker Faiza Ambah, who filmed “Mariam” in France in 2015 -- about the struggle of a young Muslim woman on whether to use the hijab (Islamic veil) in her public school -- told me that she recently showed her film to a mixed group of young Saudis at a café in Jeddah, and then participated in a conversation with the public about the topics touched on in her film.

“The audience’s reaction was very surprising to me,” she said. “First, they understood the movie on several levels. They really were movie fans. Half the audience was female, and two girls talked about relationships that did not work out over the issue of whether or not to use the hijab,” said the director.

According to Faiza, the next exhibition of a movie in that café is already scheduled, and will be a film of another Saudi director, Shahad Ameen.

Faiza told me that she has already received invitations to show short films on Saudi TV, and that the Misk Foundation is granting funding to filmmakers in the kingdom. "The King Abdul Aziz Cultural Center in the Eastern Province is also supporting Saudi filmmakers. They called me a year ago and asked me to share new projects with them, and they wanted to support me. And a university professor who was in the audience offered to provide me her students to be interns on any project that I would execute.”

Only five years ago, this level of official support for Saudi artists and filmmakers did not exist. Film funding always came from the private sector, and even so, several Saudi filmmakers had to seek foreign funding to make their films. But now, it seems the Saudi government has realized the soft power that culture has. It remains to be seen how much freedom Saudi artists will have.

--This article appeared originally in Portuguese in O Globo newspaper.

The culture shock of being a domestic helper in Arabia

By:
Rasheed Abou-Alsamh
Previous
Next
2 / 85