Attack on Gaza: Disappearance of truth through propaganda

By:
Rasheed Abou-Alsamh
Palestinian children walk in the rubble of a destroyed home a day after an Israeli air strike in the town of Beit Hanoun in the northern Gaza Strip on July 9, 2014. (AP photo) 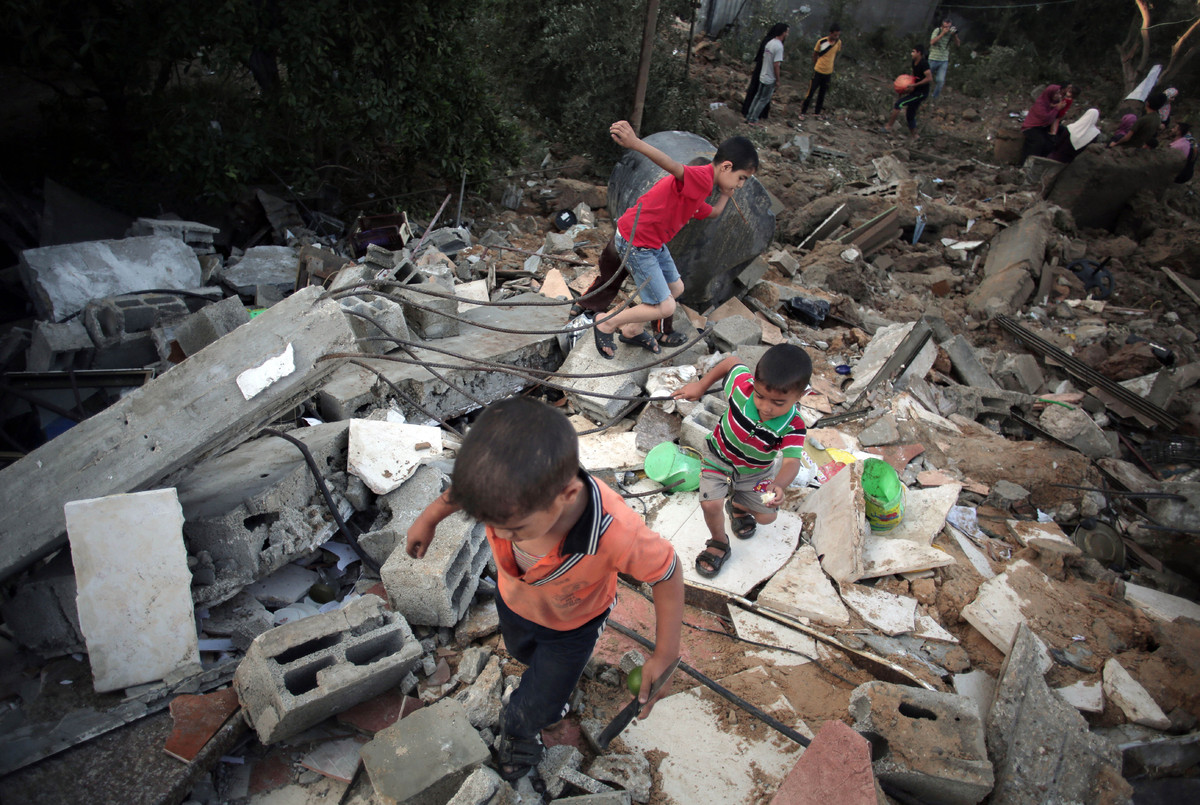 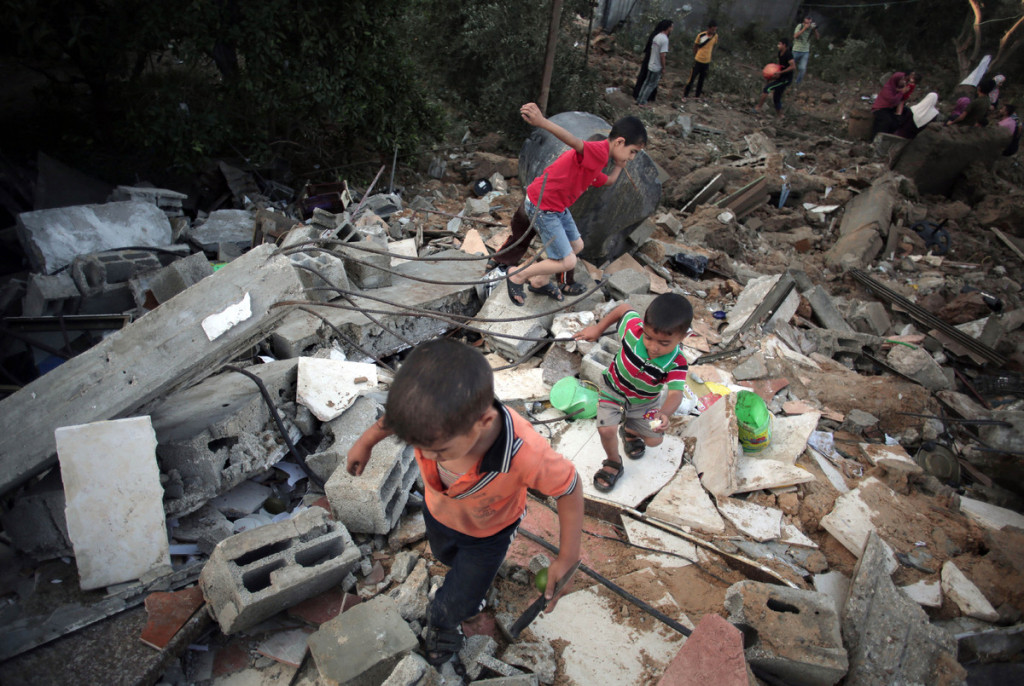 Palestinian children walk in the rubble of a destroyed home a day after an Israeli air strike in the town of Beit Hanoun in the northern Gaza Strip on July 9, 2014. (AP photo)

It always amazes me to see how non-Arabs around the world have been so thoroughly brainwashed by Israeli propaganda that they believe that every Hamas member is a terrorist and that Israel has the right to bomb Gaza incessantly, killing more than 300 Palestinians so far, and injuring more than 1,850.

We must admit that we as Arabs and Palestinians have failed miserably in the propaganda war of winning minds and hearts in the West. Israel is still considered by many as a beacon of democracy in the heart of a strife-torn Middle East that is made up of countries beset by revolutions and upheavals that seem to have no end. Of course, not many people stop to think that Israel’s democracy is only for its few Jewish citizens of European origin. If you are of Arab origin or Palestinian, you can be assured of being treated like a second and third class citizen.

It is unfortunate that western media is often complicit in spreading this distorted image of the Israeli-Palestinian conflict, often framing it as both sides having equal demands and grievances, when it is so obvious that the Israelis have all of the cards, advantages and privileges in their hands, while the Palestinians live under the brutal and humiliating daily Israeli military occupation of the West Bank and Gaza Strip. O Globo newspaper here in Brazil ran a story about the latest in Gaza, and used two photos to illustrate the story: One of the funeral of the four children murdered on the Gaza beach by an Israeli air strike and a photo of the funeral of the Israeli rabbi who died from shrapnel wounds from a Hamas missile that hit Israel. Both pictures were sized exactly the same. For sure, the editors were trying to show that they were being fair and balanced, providing exactly the same visual space to both sides in the conflict. But is that really fair, when Israel is obviously the vastly superior military power, and has killed many more Palestinians than Hamas has killed Israelis, 246-2 at last count?

The decisions by the US television networks NBC to pull its correspondent Ayman Mohyeldin from Gaza and CNN to pull its correspondent Diana Magnay from Israel were unfortunate. Mohyeldin, who is Egyptian-American, was doing excellent reporting by not sugarcoating the Israeli attacks on Gaza, showing the human cost in Palestinian lives lost and injured to US viewers on a daily basis. For sure this did not please die-hard supporters of Israel in the US, both Jewish and non-Jewish, who it seems successfully lobbied NBC to have him pulled out of Gaza. That was a loss for American journalism and viewers. Thankfully, NBC reconsidered its decision after a public outcry, and after receiving a petition organized by an activist peace group called Jewish Voice for Peace signed by 15,000 people in a single day calling for Mohyeldin to be returned to Gaza. Magnay was pulled from Israel after tweeting that Israeli settlers who had threatened her crew and herself with violence were “scum.”

The US press partly redeemed itself when the New York Times printed an article by Nathan Thrall, a security analyst, saying that it was the United States and Israel that pushed Hamas into this latest war by refusing to support the Palestinian unity government agreement of April 2014 signed with the Palestinian Authority government of Mahmoud Abbas, and the constant obstruction by the United States of Palestinian government efforts to get money to pay the 43,000 government workers in Gaza, who have not been paid for months. He notes that the reconciliation government could have served Israel’s interests since it did not have any Hamas members, and offered a foothold for PA members in Gaza. But Israel strongly opposed it fearing Palestinian unity, and strongly pressured the US not to recognize it too. Had any of this been widely discussed in the US press before this current conflict? No, the US government conveniently kept its mouth shut and made it seem like Hamas was being unreasonable and belligerent—something it always likes to accuse the group of.

Hamas has been insisting that Israel free several hundred Palestinian prisoners and that Egypt open the Rafah border crossing in Gaza before it agrees to a cease-fire. I think it is running out of time and lives, and should agree to a cease-fire as soon as possible. But Israel and the US should make sure those 43,000 government workers in Gaza get paid as soon as possible, and agree to ease entry and exit into Gaza. While it is true that Hamas has been one of the few remaining Palestinian groups willing to resist Israeli occupation and oppression, one has to ask at what cost in human lives lost and property destroyed? When is it time to say, enough is enough?