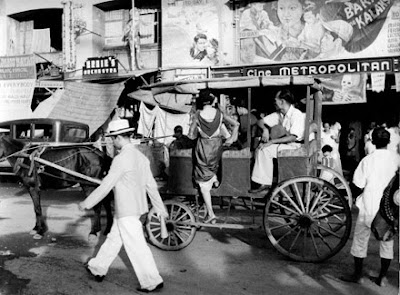 A street scene in Manila. (Photo courtesy of the Pierre Verger Foundation)

A BOOK containing 150 photographs taken by French photographer Pierre Edouard Leopold Verger in the Philippines in 1937-38, is being launched by the Philippine Ambassador to Brazil Teresita Barsana in Brasilia on October 28.

A contemporary of fellow photographer Henri Cartier-Bresson, Verger was born in Paris in 1902 and traveled the world in the 1930s at the age of 30 with his camera taking photographs of local peoples and their towns and villages throughout Africa and Asia. He eventually settled in Bahia, Salvador, after he became fascinated with the African religion of Candomble. He became a self-taught ethnographer on the influence of Yorouba culture on Brazil, which slaves had brought here in the 1800s, writing many articles on this subject. He eventually became a professor at the Federal University of Bahia in 1973, and also set up a foundation in his name to take care of his more than 63,000 photos and negatives.

1,000 copies of the book are being printed, which has been designed by Brasilia-based photographer Alexandre Magno. During his travels in the Philippines, Verger photographed from Baguio in the north to Zamboanga and Mindanao in the south.

Below: A nipa house on stilts in Zamboanga. (Photo courtesy of Pierre Verger Foundation) 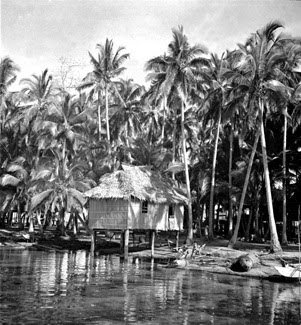