Centenary of the Great Arab Revolt 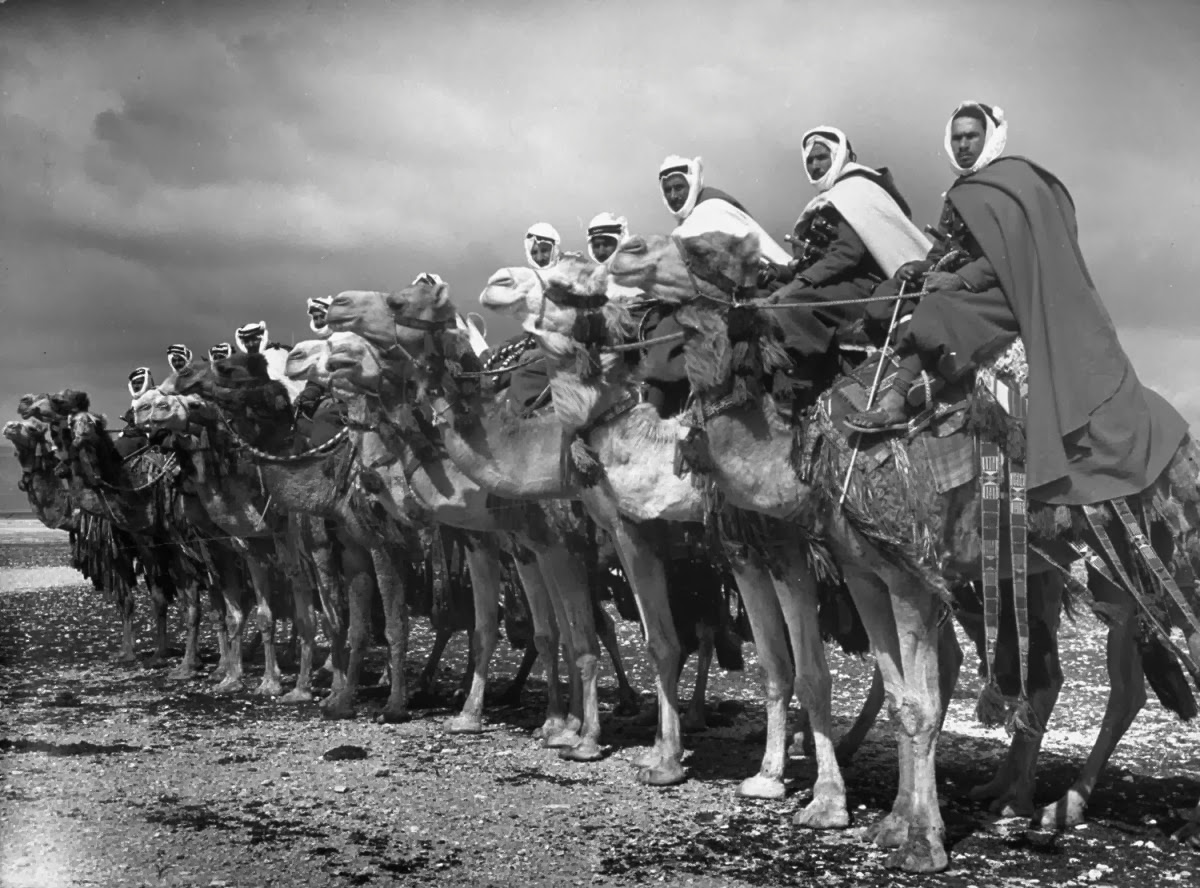 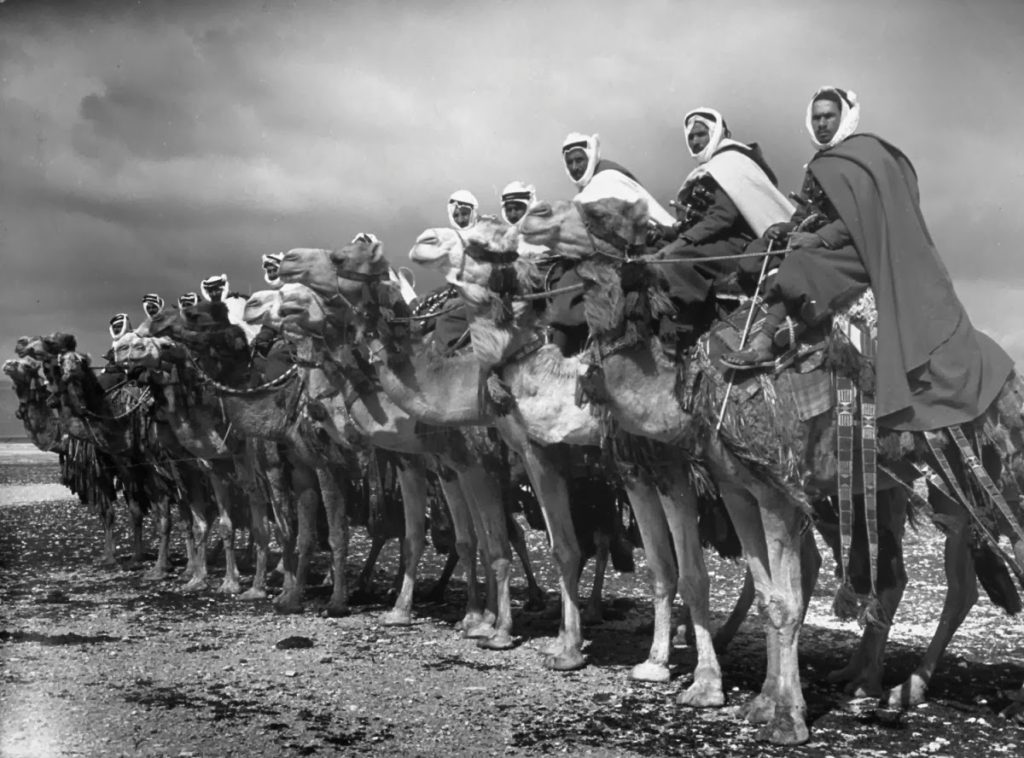 Arab forces a top their camels, ready to fight the Turkish forces in Arabia.

A hundred years ago this week the Great Arab Uprising against the Ottoman Empire began on June 9, 1916, with the British shelling of the city of Jeddah by military ships in the Red Sea. Saudi Arabia did not exist yet, and the region of Hejaz where Jeddah and the holy cities of Makkah and Madinah are, was under the rule of the Turks.

The Great Arab Uprising happened within the context of the WWI, in which the Allies — the British Empire, France and the Russian Empire — fought against Germany, the Austro-Hungarian Empire and the Ottoman Empire. This conflict lasted four years, from 1914 to 1918, in which nine million combatants and seven million civilians lost their lives. It also ended the Ottoman Empire.

To facilitate the travel of Muslims to Makkah and Madinah, the Ottomans began to build a railway line in 1900 from Damascus, Syria, to the Hejaz. Named the Hejaz Railway, work was completed in 1908, only reaching Madinah, and not Makkah, as the Ottoman rulers originally planned, because of regular attacks on the railway line from local Arab tribes. Of course, the Ottomans also used this railway for military purposes, to maintain control of all the Arab lands under their rule.

Although it is called the Arab Revolt, the uprising actually was concocted by the British government, with the help of the French, to ultimately destroy the Ottoman Empire and gain control of several Arab territories. A mentor of this revolt was the famous military and British spy T. E. Lawrence, who led Arab attacks against Ottoman garrisons in the region and the Hejaz Railway. He, with Gertrude Bell, another British spy, duped Sharif Hussein, the ruler of the Hejaz, into believing that the British would allow the Hejaz, Palestine, Syria and Iraq become independent after the WWI. But the infamous Sykes-Picot Agreement of 1916 brutally divided the Middle East. Britain got Palestine, Transjordan and Iraq; while the French received Lebanon and Syria. Hussein was given the Hejaz, but he soon lost this territory to King Abdul Aziz, the founder of Saudi Arabia, in 1924. Two sons of Hussein, Faisal and Abdullah, managed to establish their rules in Iraq and Jordan respectively.

It was typical of the British Empire to deceive the Arabs using money, false promises and manipulation. But their trickery was also decisive in the collapse of the Ottoman Empire.Certainly, although the Turks were also Muslims, they were not Arabs and various Arab peoples did not like the Ottoman excesses.

According to the English writer John Johnson Allen, author of the book “TE Lawrence and the Red Sea Patrol,” the British had to use the sea route through the Suez Canal and the Red Sea to supply its troops in Egypt, Sudan, Yemen and India, and to take goods from India to England. The canal, designed by the French, was opened in 1869, cutting several weeks off of travel from Europe to Asia. Before, ships had to travel around the African continent to get to Asia. In 1915, the Ottomans moved eight to ten thousand soldiers near the canal. With this, the British felt threatened, and found it necessary to reinforce the safety of the route to India. Eight battleships, six British and two French, were stationed in the channel to provide defensive artillery support. The Turks attacked, but were pushed back by the superiority of English firepower.

Later, in 1916, the British decided to attack Ottoman garrisons in Jeddah, Yanbu and Madinah, with the goal of driving out the Turks and leaving these cities under the control of Arabs friendly to the British Crown. For coastal towns, they used a handful of mid-sized military ships that could carry seaplanes used for reconnaissance flights and bombing the Turks. The Turks in Jeddah surrendered after five days of British shelling. In the following months, the British took hundreds of Turks captive, including women and children, and transported them as prisoners of war in their ships to Port Said in Egypt.

The city of Madinah and the Turks guarding it suffered a siege for more than two years, from 1916 to January 1919. The Ottoman forces in the city had the advantage of being at the end of the Hejaz Railway. This meant that they could be refueled with soldiers, ammunition and food from Damascus. But it was also their weakness, as Lawrence decided to make a steady series of attacks on the railway, exploding bridges and destroying the tracks. This is what eventually led to the surrender of the Turks at Madinah.

The Great Arab Uprising was celebrated with a huge military parade in Amman, Jordan, earlier this month, as King Abdallah is the great-grandson of Sharif Hussein. It would be beneficial if young Saudis knew a little more about the history of their region, and the role of the British in building their empire and also in the formation of modern Arab states, as we know them today.