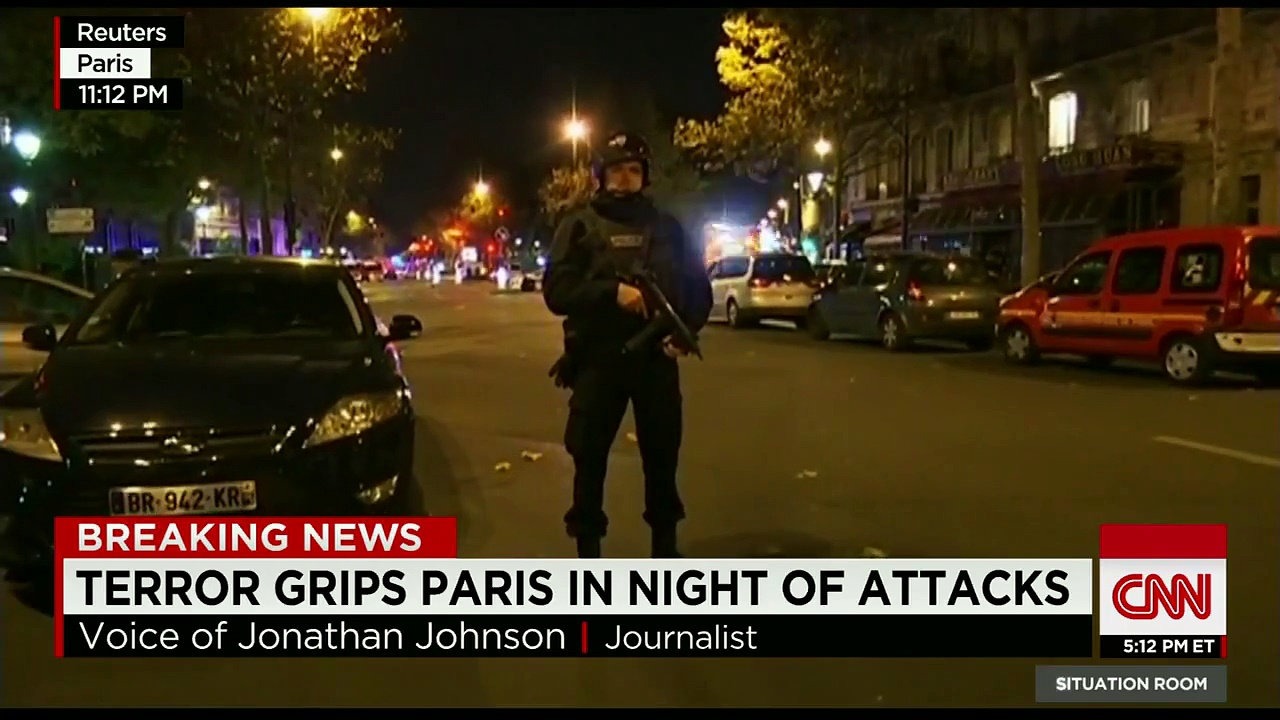 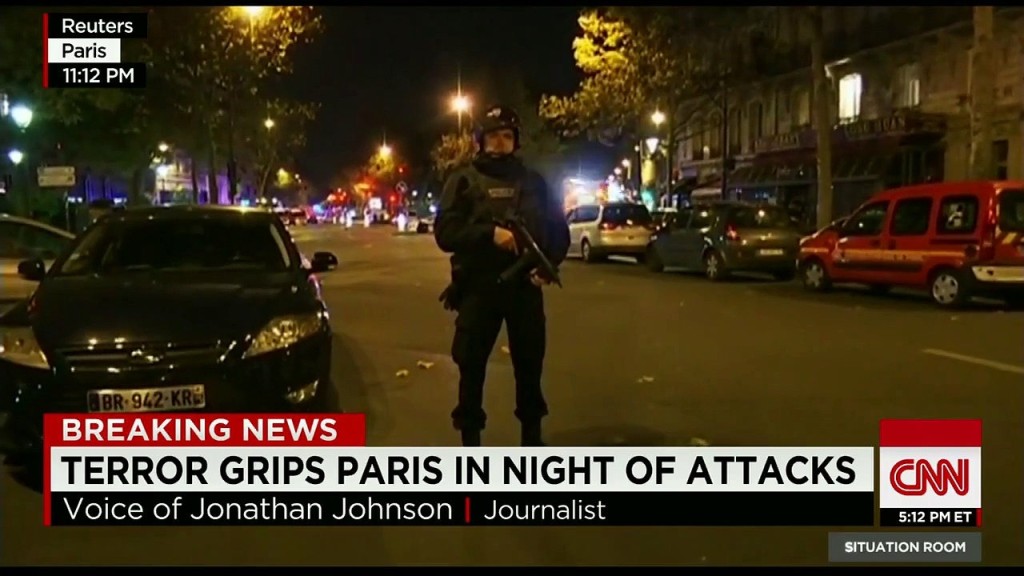 The horrific terrorist attacks in Paris on Friday night that left around 127 people dead, and more than 200 wounded, was a bloodbath of epic proportions. The Bataclan Theater, where a heavy metal concert was in progress when terrorists burst in firing with semi-automatic weapons, was the scene of the worst violence. According to survivors, the gunmen ran in shouting “This is for Syria!” and continued shooting into the crowd of spectators, reloading their guns several times as they ran out of bullets.A couple of suicide bombers also blew themselves up outside the National Stadium in northern Paris while France played a friendly match against Germany. Two loud bangs could be heard by spectators of the game, but except for a short pause the game itself continued and the crowd was not informed of what was happening.French President Francois Hollande was watching the match in the stadium, but after the explosions outside the venue he was quickly whisked away by his security. French police say that eight attackers were killed or blew themselves up around Paris in Friday’s carnage.A French journalist speaking on BBC TV noted that three things important to French citizens were attacked on Friday night: Sports, music and cafés. Some misguided people blamed the Paris attacks on the Syrian refugees that have been flooding into Europe.US Rep. Jeff Duncan, a Republican congressman for South Carolina’s third congressional district, tweeted “How’s that Syrian refugee resettlement look now? How about that mass migration into Europe? Terrorism is alive & well in the world. #No.”The Palestinian journalist, Rula Jebreal, rebutted this accusation, saying: “Even before victims’ bodies cool, disgraceful politician exploits horrific #ParisAttack to blame desperate refugees.”Other commentators on Twitter were quick to blame a radical interpretation of Islam as the prime motivation for the attacks. Kenneth Rapoza, a journalist who writes for Forbes magazine, in a series of tweets said he believed that all single Muslim men should be kept out of Europe as a way of keeping potential terrorists out. Many regurgitated the old accusation that Saudi Arabia was in any way funding terror outfits. This is an absurd accusation that they regularly bring up.While some misguided Saudis may have given money to and even joined terror groups, this certainly does not mean that the Saudi government aids any terrorist organization. This is a crazy anti-Saudi accusation with no evidence to back it up, and is thrown about by people whose anti-Muslim and anti-Arab feelings are kept barely under the surface.The terrorists certainly want to scare the French government into stopping their bombing of Daesh positions in Syria and Iraq, and to make the French fear for their lives as they go about their daily lives doing the things they love most. Hopefully the Parisians will bounce back from these terrible attacks, and continue going to cafés, concerts and watch football games in stadiums as usual.Likewise, I hope that French authorities and the public at large do not fall prey to anti-Muslim and anti-Arab hatred because of these attacks. France has the largest Muslim population of any European country, an estimated 4.7 million, or 7.5 percent of the total population. It would be a great shame if the French moved back on their great traditions of liberty, equality and fraternity. The openness and freedom of western societies is one of their biggest strengths, and it would be terrible if these were to suffer because of the attacks. It is obvious that security measures and intelligence gathering need to be beefed up in France, especially when it was only 10 months ago that the deadly attacks on Charlie Hebdo and a Jewish supermarket took place in Paris. But the spirit of freedom and welcoming refugees should not be lost in a fit of anti-Muslim and anti-Arab hysteria unleashed by these latest attacks.That is exactly what the terrorists want to provoke. Let’s not give them that pleasure, and instead show the world that Muslims and Christians, Arabs and Europeans, can live together in peace and respect. We owe it to the world and to ourselves.