Finding a scorpion at home

By:
Rasheed Abou-Alsamh
The scorpion that my maid found under my kitchen sink in Brasilia on May 1, 2014. 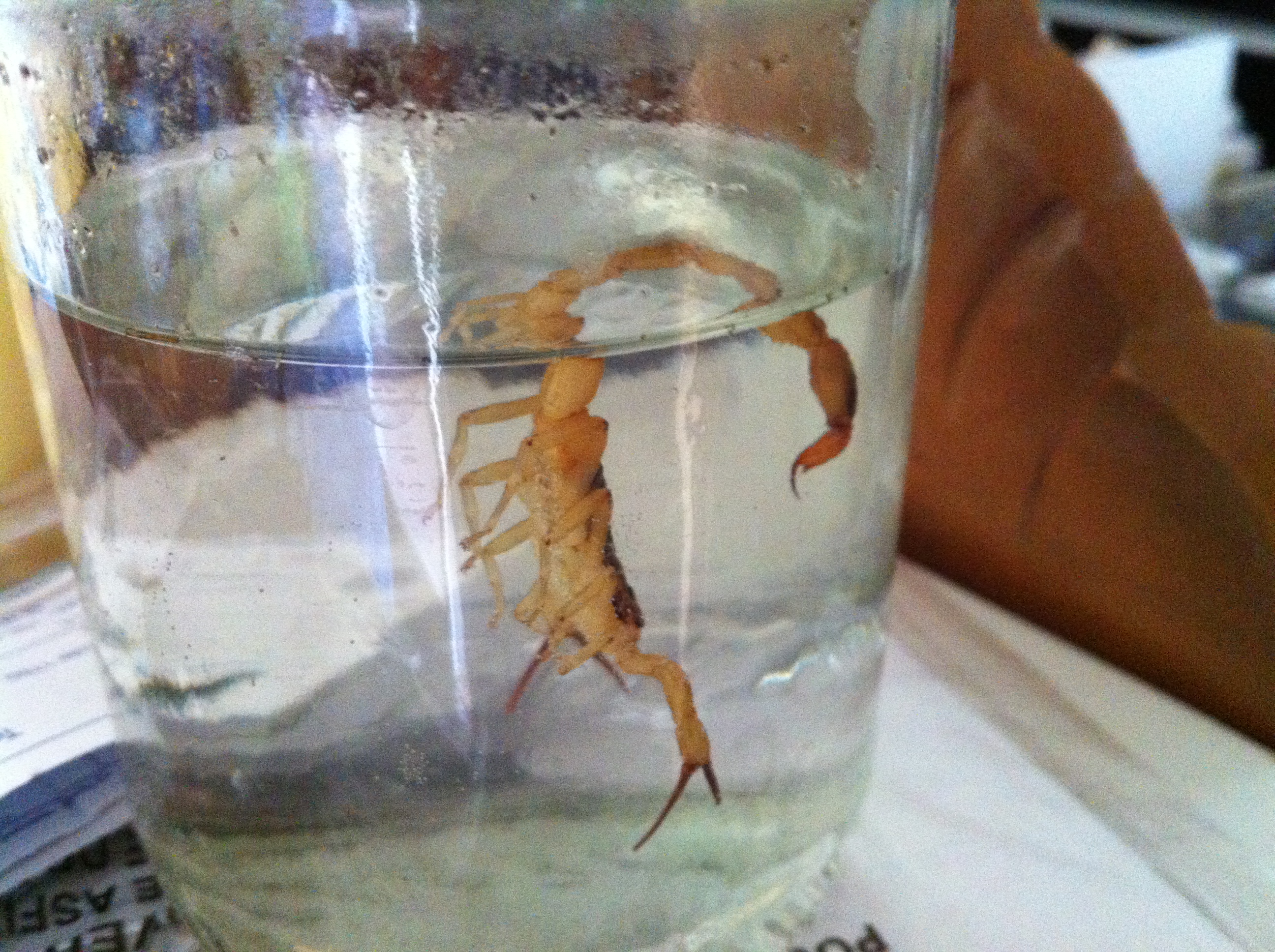 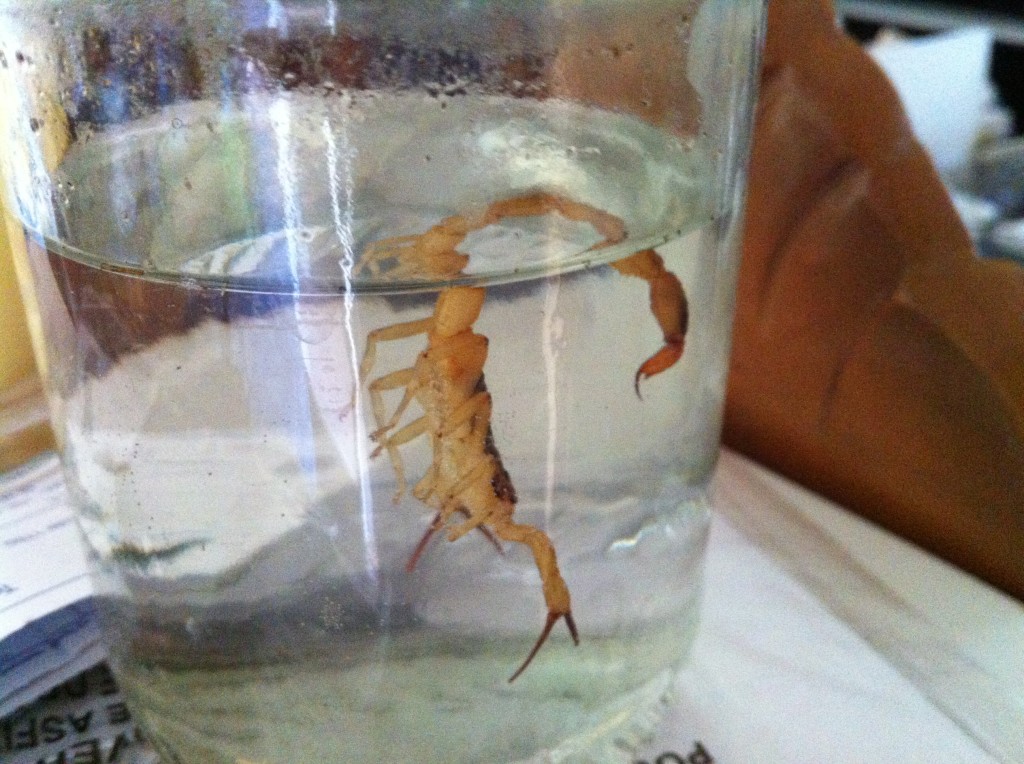 The scorpion that my maid found under my kitchen sink in Brasilia on May 1, 2014.

(Photo by Rasheed Abualsamh, all rights reserved. May not be copied without written permission.)

My maid Silvania found a live scorpion lurking under my kitchen sink this week when she was cleaning. I had gone out to run an errand and when I returned she proudly pointed to an old peanut butter jar that she had placed the scorpion in, killing it with rubbing alcohol and bleach. There it floated gracefully and menacingly, its stinger in its tail pointing towards the surface, around 8cms long, colored a yellowish-red.

“The yellow scorpions are some of the most poisonous,” my mother tells me, only adding to my anxiety about whether there are more lurking in my house.

I look up scorpions on the internet and find that the females of the yellow-variety do not need a male to reproduce. They reproduce through parthenogenesis, in which unfertilized eggs develop into embryos. They can fast for up to 6-12 months without eating anything and survive because their metabolism rate is so slow. Scorpions are present on all continents except for the poles, and originally were not present in Great Britain or New Zealand. International trade put an end to that, with scorpions being introduced into the UK in the 1860s, most probably from Africa. Of the more than 1,700 species of scorpions, only around 25 are venomous enough to kill a human being. That is scant comfort for me, as my dead scorpion seems to be of the very venomous type.

Further research finds that scorpions usually come into houses to escape from the cold outside. This makes sense as its been around 13 degrees centigrade here in Brasilia at night, and my house tends to be extra warm because of the heat that my roof retains from the sunshine during the day. My mother is worried that there may be a whole nest of baby scorpions hiding in my house. To make sure I don’t get surprised by one of these nasty creatures, I spray insecticide under my kitchen sink, in the living room, bedrooms and my bathrooms before going to sleep. A Brazilian friend tells me on the phone: “Don’t walk around barefoot, and check under your bedcovers and shake out your pillows before climbing into bed!” All of which I do.

The next day I decide to call Jacques, a trained agronomist and an exterminator that sprayed all of our land two years ago to get rid of termites. “What most people do after they’ve found a scorpion in their home is to have their residence fumigated. Scorpions usually eat cockroaches and other insects, but you could go for years after finding a scorpion and not see another one,” he tells me reassuringly. The fact that I haven’t seen any cockroaches in my house for a while both reassures and scares me, for it could mean the scorpion had eaten them all or it could just be that there haven’t been that many cockroaches to begin with.

My revulsion of certain types of insects began at a young age. I vividly remember visiting my grandmother in Riyadh in the early 1970s when we lived in Geneva and I was around 7 years of age. Walking up the stairs to the second floor of the house where she lived scared me immensely because of the horrible and scary insects that were lurking there on the landing between the floors. I remember seeing scorpions and other insects, and refused to walk up or down those stairs without the protection afforded to me by an adult uncle or aunt, whom I was sure would shield me from them.

Scorpions like to live in dark crevices, so I have decided that I need to have the hole in the wall below my sink patched up. The previous tenants left the hole when they moved out and I never got around to having it fixed up since it was out of sight.

I’m not surprised to find out that scorpions are part of the Arachnid family of insects, of which spiders are the most common. And indeed there are too many spiders in Brasilia, spinning their webs quickly on anything that is standing still, and at an amazing speed. Knowing that, I opened a kitchen cupboard before going to bed on the day Silvania caught the scorpion and was faced with a spider’s web between containers of sugar and an army of tiny black ants trying to get into the containers. I gasped in horror and quickly sprayed the insects with insecticide. Here was one arachnid that had gotten away from my maid.