By:
Rasheed Abou-Alsamh
The Saudi Embassy in Washington, D.C. 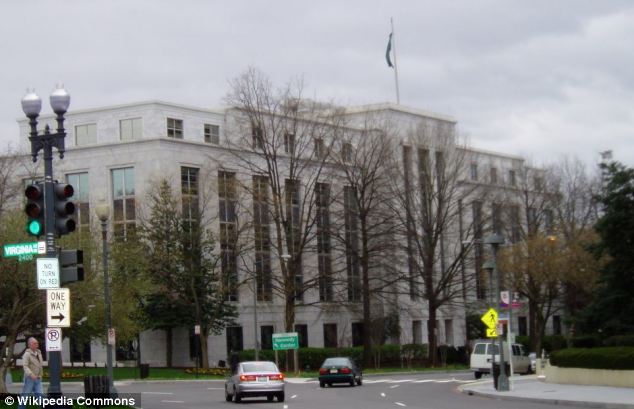 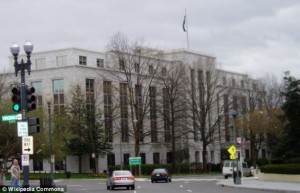 The Saudi Embassy in Washington, D.C.

ALI Ahmed Asseri, the gay former Saudi diplomat in Los Angeles, has had his political asylum application denied by the Obama administration because of apparent fears that giving refuge to him might upset relations with the kingdom, according to Ali al-Ahmed, a Saudi dissident in Washington, D.C.

“This was a political decision by the Obama administration, who are afraid of upsetting the Saudis,” said Ahmed in a phone interview. “His initial interview with Homeland Security was very positive, but then they came back and grilled him for two days after they found out that he had worked in the public prosecutor’s office in Saudi Arabia. He had been an inspector to make sure that judicial punishments, such as lashings, were carried out within the law—not more, not less. They then accused him of participating in a form of torture,” explained Ahmed.

More than a year ago, I wrote about Asseri applying for political asylum after he claimed that the Saudi Consulate in Los Angeles, where he had worked as first secretary in their legal department, found out he was gay after following him when he went out to socialize at gay bars. He told Michael Isikoff of NBC News that he feared he would be executed if he were forced to return to the kingdom, after the consulate refused to renew his diplomatic passport. The Saudi Embassy in Washington claimed at the time that Asseri’s tour of duty was over in the US, and that the Saudi government had asked him to return home.

Ahmed said that Asseri is planning to appeal the decision, and that this process could extend for several years.

Asseri has been reluctant to speak to the press, and is under medication for severe back pain. Ahmed says that he has encouraged him to do television interviews so as to publicize his plight and gain public sympathy, but that Asseri has so far refused.

It is unclear to which country Asseri would be sent to if the US government finally succeeds in denying him asylum.

By:
Rasheed Abou-Alsamh
Tags:
Saudi Arabia
US
Share this:

bad what Obama doing to this gay hope he will accept his asylum and let him live and stay in U.S.

Actually, the US authorities were absolutely correct in denying this guy asylum. In supervising public whippings, he was participating in a form of punishment considered cruel and inhumane, and generally reserved for people whose "crimes" (e.g. adultery, pre marital sex, etc.) would not be prosecuted in other countries. It is, in fact, a form of torture and violation of the human rights of others, and thereby renders him excludable from international protection under the 1951 Geneva Convention. What will probably happen is that he will not get asylum, but will be be given a suspension of deportation so that he won't be returned to Saudi Arabia, since if he is really gay and the Saudi government has found out, he will be executed. Hence the US can't legally deport him. But he will be without a passport or work permission. Not a very happy circumstance, but then again, no one forced him to participate in an job that deprived others of their human rights. Sorry, I can't be too sympathetic.

What a hypocrite Obama is! Why doesn't he just hang this guy to make the Saudis really happy and save them the trouble. All of this governments's talk oh human rights means nothing when it comes to money and oil.

[...] blogger Rasheed Abou-Alsamh reports that, “this was a political decision by the Obama administration, who are afraid of [...]

[...] of Zion Elder of Zion - 13 November 2011 11:22 CETGay Saudi diplomat denied asylum in US From Rasheed's World  ALI Ahmed Asseri, the gay former Saudi diplomat in Los Angeles, has had his political asylum [...]