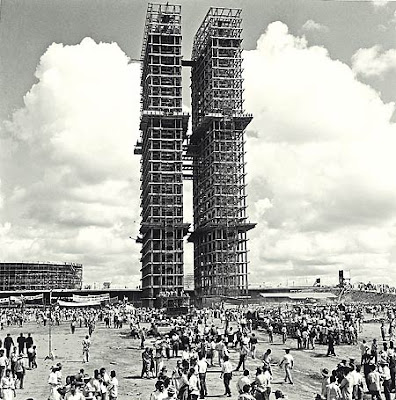 The Brazilian nationalist Jose Bonifacio de Andrade e Silva was the first person to call a proposed new capital in the interior "Brasilia" in 1823. Brazil's first republican constitution in 1891 called for moving the Brazilian capital from Rio de Janeiro to the Planalto Central, saying that an area of 14,000 square kilometers should be set aside for such purpose. The first exploratory expedition was sent in the late 1890s to map out the cerrado of the Planalto Central, and to make sure the land, water and weather in the region were good for a future capital.

It was not until the 1950s, though, that something was done with the idea of actually building Brasilia and moving the capital there. Rumor has it that it was during a presidential election campaign that the candidate Juscelino Kubitschek was asked what he was going to do about the constitutional provision to move the capital into the heartland of the country if he won the election. "I will build Brasilia if I'm elected president," he replied. Kubitschek was indeed later elected president of Brazil, and true to his word, after 43 months of building and an estimated expenditure of $83 billion to $130 billion, the new capital of Brasilia rose on the Planalto Central and was inaugurated on April 21, 1960.

Oscar Nieymeyer's bold architectural lines of the Brazilian Congress' twin towers, bowl and saucer domes, and Lucio Costa's never-before seen urban planning, meant that Brasilia was an ultra-sleek, post-modernistic city that no one had seen the likes before. The city's design was so radical that one either loved or hated it. I'm glad to say that I now love it, but that wasn't my first emotion when I landed here for the first time in 1975 at the age of 11.

In 1975, Brasilia was still only 15 years old, and some parts of it were still unbuilt. Its infamous red dirt was blown everwhere as dust, nothing imported was available, there was only one shopping mall, the Conjunto Nacional, films and TV were heavily censored, and the military dictatorship, which had taken over in 1964, was in full swing.

In 1982, after finishing high school here at the American School I left to study in the US and work for 20 years in the Middle East. I only came back to live here in 2008, and I must say that I truly love Brasilia now. According to the Correio Braziliense newspaper the city has around 5 million trees. It boasts a beautiful lake, hundreds of excellent restaurants serving all types of cuisine, many world class shopping centers, and a vibrant arts and cultural scene. In short, a far cry from the dreary days of the 1970s.

Brasilia's Distrito Federal always had a governor, first appointed by the Brazilian government, and then directly elected by the people after the 1988 Brazilian Constitution gave Brasilia full political autonomy and rights. Unfortunately, the corruption scandal that erupted here last year has taken down Jose Roberto Arruda, the now ex-DF governor, and cast a gloomy atmosphere over the Brazilian capital's 50th anniversary celebrations. The corruption investigation is ongoing, and also includes many DF representatives who were also caught on film accepting huge wads of cash in bribes from companies doing business with the DF. Arruda was placed in custody of the Federal Police for two months last February, and has now been released to be able to prepare to face a corrutption trial along with at least five other people.

Here are some fascinating pictures taken by the French-Brazilian photographer Marcel Gautherot of Brasilia while it was being built in the late 1950s. Enjoy! 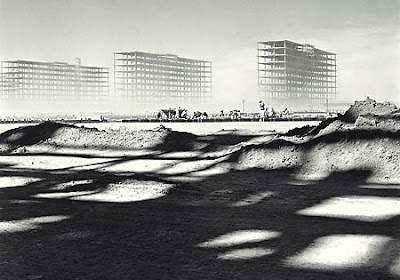 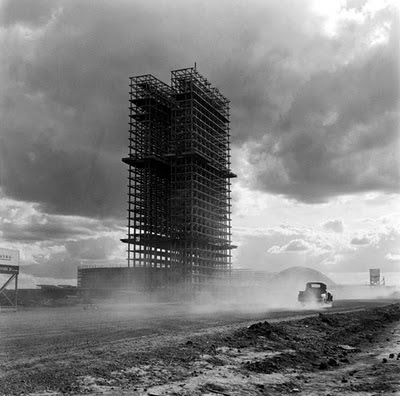 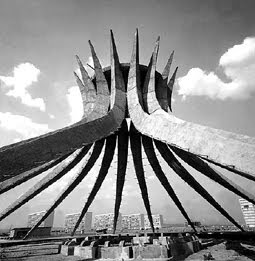 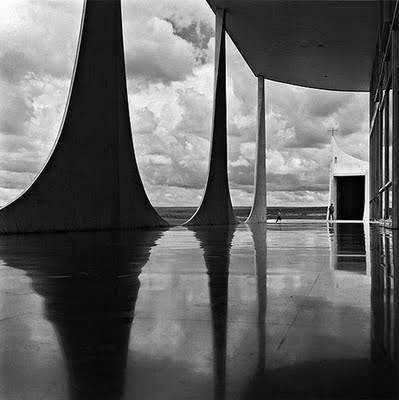