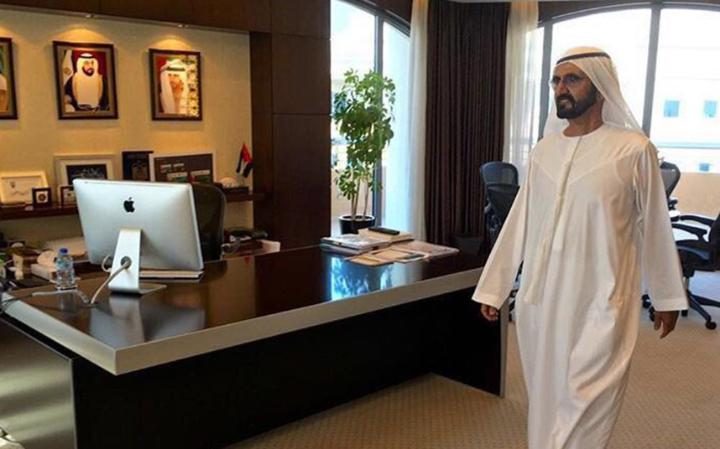 The surprise inspection of government offices in Dubai on the morning of Aug. 28 by Sheikh Mohammed bin Rashid Al-Maktoum, the UAE’s prime minister and ruler of Dubai, found that many managers were not at their desks working. Video released of the ruler showed him walking around empty offices, looking at papers piled on desks and not looking pleased at all.

His surprise inspection tour took him to the municipality, Dubai international airport, the

Land Department and the Department of Economic Development. The next day his office announced the retirement of nine of these managers, mentioning their titles and full names. It was a way of naming and shaming. Just imagine if a similar thing happened here in Saudi Arabia? It would send shockwaves through our bloated bureaucracy.

The ruler felt he could not fire subordinates for not being at work when their superiors were also skipping work. He also stressed that the retirements were a method of retiring the older generation, who had already proved their abilities, to allow the younger generation a chance at running things.

The problem with public servants all around the world is that they often become entrenched and entitled bureaucracies that only want to do their duties when they feel like it and at their own pace. Egypt and India are two countries that have huge civil service contingents that are very efficient when they want to be, and incredibly slow, hard-headed and lazy when it suits them.

Go to any government office in the developing world and more often than not you will find long queues of people waiting to be attended to by bureaucrats. Meanwhile, the government workers can be seen drinking endless cups of tea and bantering among each other, seemingly oblivious to the waiting public. It seems that the quasi-for life jobs that they have, shield them from the efficiency standards that the private sector is subject to.

A recent cartoon in a Saudi newspaper showed a worker running out of an office while hurriedly telling a tea boy to leave a glass of tea on his desk so that his boss would think that he is somewhere in the building and coming back soon. I think everyone who has ever worked in an office laughed at reading the cartoon’s text as it must have struck a chord. But it captured perfectly the attempt of many in Saudi Arabia to appear to be working, while in fact slacking off to go to a social gathering, to smoke or just to bunk off work at the expense of the employer.

Unfortunately far too many Saudis and Gulf citizens think this is still acceptable behavior as long as they don’t get caught neglecting their professional responsibilities. This leads to a loss of morale among other workers in the offices where this occurs. It is also incredibly inefficient and unfair as well; as more often than not someone else in the office will have to do the shirker’s work on top of their own work.

I am sure that there some Saudis who work extremely hard and do not fit this pattern of behavior. Often, we have been lulled into this sense of entitlement and consequent slacking off because of the immense oil wealth we as a nation have been fortunate enough to be blessed with. “Oh, someone else can do my work,” has normally been the attitude. But with the plunge in oil prices, and the realization that our oil reserves will not last forever, Saudis have better wake up soon to their new reality and work much harder than they have ever before.

This article was printed in Arab News on September 11, 2016: