Nice attack: Not in our name

By:
Rasheed Abou-Alsamh
NICE, FRANCE - JULY 15: Forensic police investigate a truck at the scene of a terror attack on the Promenade des Anglais on July 15, 2016 in Nice, France. A French-Tunisian attacker killed 84 people as he drove a truck through crowds, gathered to watch a firework display during Bastille Day celebrations. The attacker then opened fire on people in the crowd before being shot dead by police. (Photo by Patrick Aventurier/Getty Images) 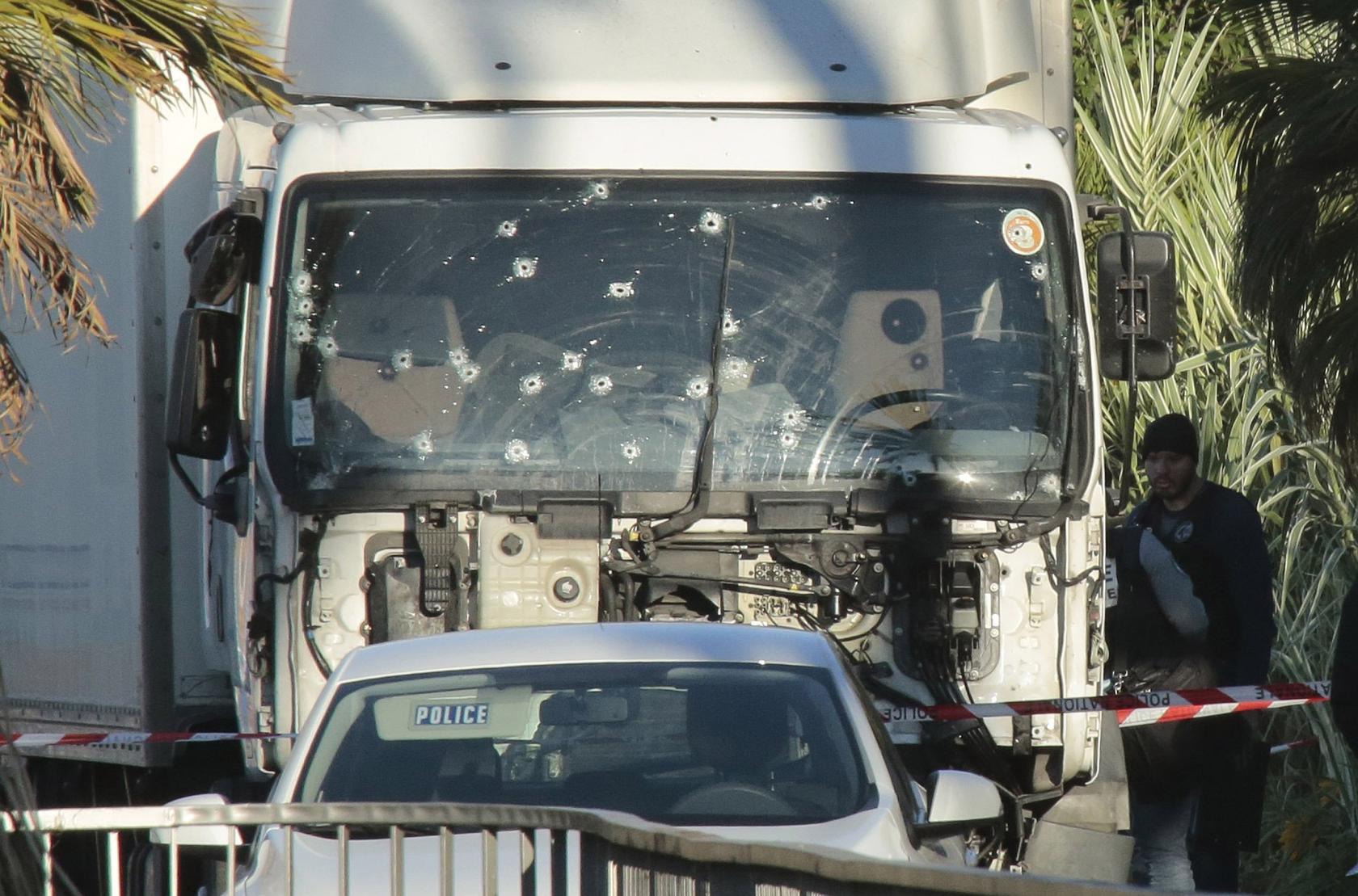 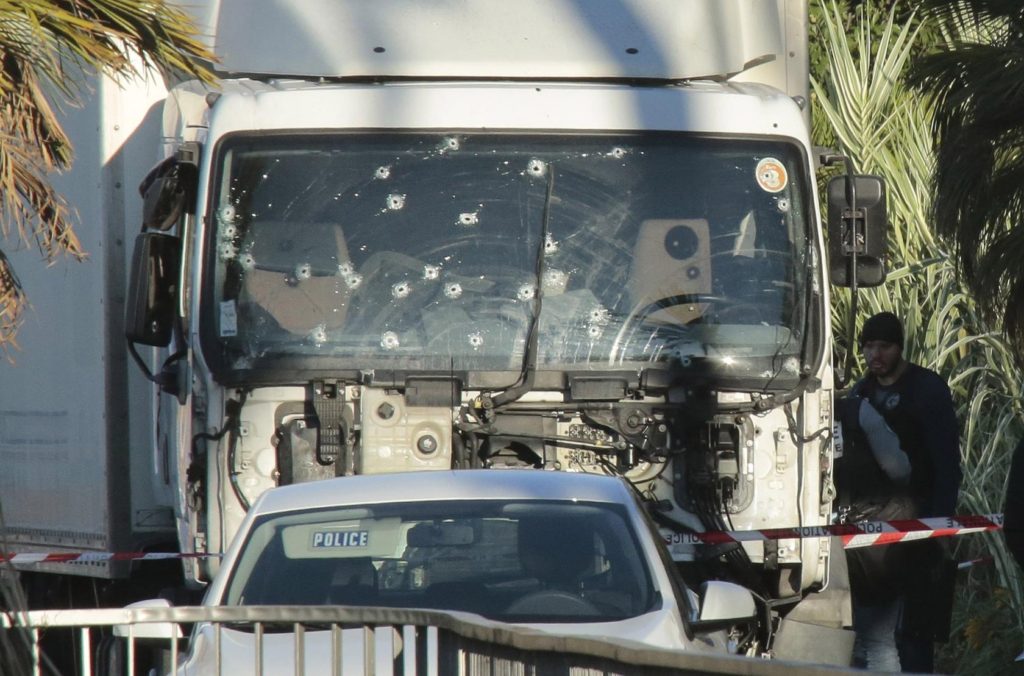 Forensic police examine on July 15, 2016, the truck used by a terrorist to kill people on the Promenade des Anglais in Nice, France.

The horrific attack in Nice, France, on Friday in which more than 80 people were killed, and more than 200 injured, after a terrorist drove a truck through Bastille Day crowds, sweeping right and left to hit more victims, has left the whole world in shock.

The driver of the truck has been identified as 31-year-old Mohamed Lahouaiej Bouhel, a deliveryman of Tunisian origin and a Nice resident. He was married, had children, and had moved to France in the 2000s and eventually received French nationality. His Arab and Muslim roots have already triggered rabid right-wing extremists across the globe, who are calling for an all-out war on what they call “Islamic extremism.”

In the US, former speaker of the House of Representatives Newt Gingrich declared that all Muslims living in America who believe in Shariah should be thrown out. In France, far-right politician Marine La Pen called for a declaration of war against “radical Islam.”

The Kingdom condemned the attack and Custodian of the Two Holy Mosques King Salman; Crown Prince Mohammad bin Naif and Deputy Crown Prince Mohammed bin Salman sent a cable of condolence to French President Francois Hollande. The Secretary General of the Organization of the Islamic Conference (OIC), Iyad Madani, said the “perpetrator and those behind him are an affront to humanity and all moral and human values.”

In especially poignant words, the General Secretariat of the Council of Senior Scholars said, “Islam magnifies the sanctity of human blood and criminalizes terrorism that kills and terrorizes innocent people in their homes, markets and facilities teeming with men, women and children, and that all humanity rejects and condemns it.”

We have to realize that the terrorist groups Daesh and Al-Qaeda are both nihilistic movements, virtual cults, where young men are brainwashed into believing that in attacking innocent civilians they are somehow defending and even ennobling Islam. But how can that be? Since when is killing defenseless people a noble act, either in Islam or any other religion? This killing can never be justified or accepted.

Unfortunately, our enemies use the actions of a few extremists that call themselves Muslims, and paint our whole religion and culture as being one of death, backwardness, violence and barbarity.

France has the largest Muslim population in Europe — roughly nine percent of its population is Muslim. Most of these Muslims are immigrants from its former colonies in Africa, or the descendants of the first wave of immigrants in the 1960s and 1970s that came to France to fill the need for low-cost labor. Unfortunately, unlike the United Kingdom and North America, where Muslim immigrants have been better integrated into local society, French Muslims have largely been marginalized and never fully integrated into French society.

This is providing fertile recruiting grounds for groups like Daesh. Already France has suffered two major terrorist attacks since January 2015, first on the Charlie-Hebdo offices in Paris and then in November 2015 on multiple targets across the French capital and now this third attack in Nice.

No wonder the right-wing Front Nationale must be looking more and more attractive to some French citizens who are terrified and worried that more attacks are coming. Being a democracy, France obviously faces the need of tightening security without running roughshod over its citizens’ civil liberties, whether they be Muslim or not. Security had already been extra tight for the Euro Cup finals in Paris last week, but there is a limit to what any government can do to prevent terror attacks short of putting all potential suspects into concentration camps. The Nice attacker was not known to be particularly religious, but did have a criminal record for petty crimes such as robbery and violence. Security experts and government officials admit that it is impossible to track every single suspect 24-hours a day. Countries have to decide how to intelligently deploy their security resources, and sadly many times they are unable to stop bloody attacks.

The sad fact remains that the majority of the victims of Daesh and Al-Qaeda are Muslims themselves. But we should be very alarmed at their attacks in the West because this is stoking anti-Muslim sentiments across the globe. And these sentiments breed hatred of Arabs, Islam and of people and cultures that are different from western, Christian ones. We have already experienced the extremely bloody Crusades between the 11th and 15th centuries. We don’t ever have to experience that again, and we certainly do not want a Crusade in reverse, by attacking soft targets in Europe.

If these radicalized Muslim immigrants in Europe are so disgusted and upset at living there they should immigrate back to Muslim-majority countries. Killing innocent civilians, especially children, is not the answer today and never shall be, to the grievances that the twisted minds of these terrorists may think they have.