Palestinians are not ghosts 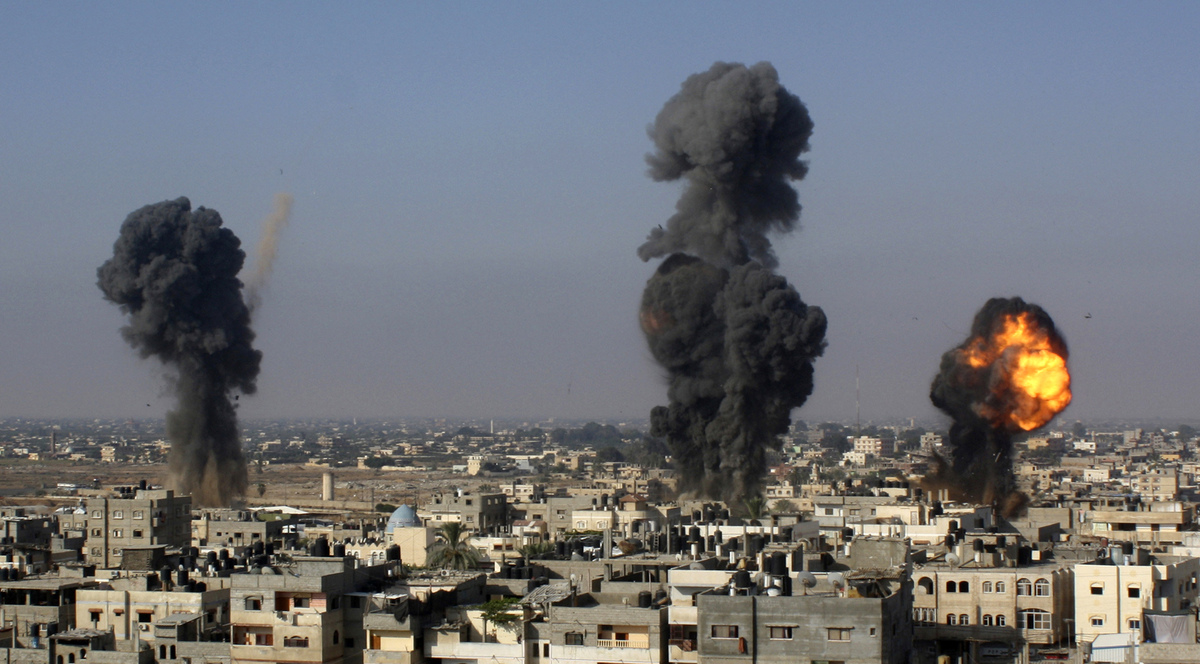 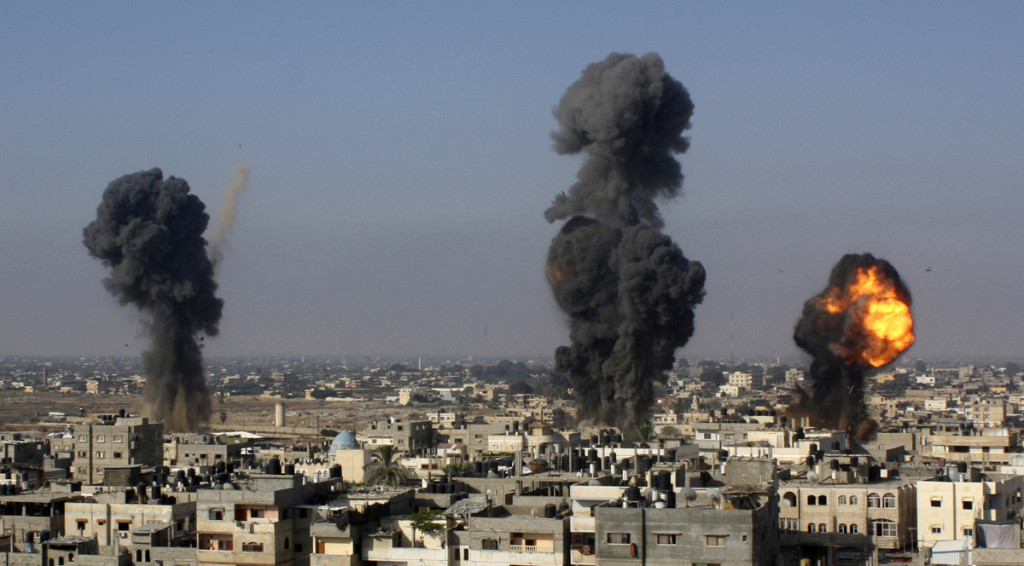 The brutal Israeli offensive against hundreds of alleged Hamas targets in Gaza this week, after many missiles were launched daily against Israel, is once again a battle of David and Goliath. The brutal bombing of heavily populated Palestinian residential buildings, hospitals and schools can only be described as vindictive and murderous since it is quite clear that the Hamas missiles are being launched from empty fields and not from crowded apartment blocks. Of course Israel has the right and indeed duty to defend its citizens from attack, but killing 78 Palestinians and injuring 550 of them in just three days with no dead Israeli is nothing fair or balanced.

Everything comes after the kidnapping of three Israeli teenagers on June 12 that, after missing three weeks, were found dead. The Israeli government immediately blamed Hamas for it and ordered the arrest of more than 400 Palestinians — including former Hamas prisoners Israel had released in 2011 in exchange for Israeli soldier Gilad Shalit — and the demolition of the house of a family of Palestinians in the West Bank who are known supporters of Hamas, for allegedly having participated in the kidnapping. But until today, Israel has not presented any evidence proving Hamas’ involvement.

The right-wing government of Israeli Prime Minister Benjamin Netanyahu, rather than calm the waters, left the most anti-Arab voices sound high, and groups of Jewish settlers from the West Bank roamed the streets of Jerusalem hunting for Palestinians to attack. Israeli police had to intervene and arrest several of these hoodlums. Unfortunately, the young Palestinian Mohammed Abu Khdeir, 16, had no luck. On July 2, he was taken by force from a street by Jewish extremists. His body was later found completely charred, an autopsy report saying that he had been forced to drink gasoline before being burned alive.

It is in this seemingly endless cycle of revenge and counter-revenge that we enter the current confrontation between Israel and the Palestinians. Many Brazilians believe unfortunately only in the Israeli side in all of this, not having the time or patience to study the conflict a bit more in detail. And Israel, with its false narrative of always being the victim, and of being the only democracy in the Middle East, gains supporters in the United States and Brazil, who do not see that this narrative as an attempt to erase the history and presence of the Palestinian people.

It is unfortunate that there are still people in this world who insist on denying the existence of the Palestinian people. But that is exactly what a retired judge of the Brazilian Superior Military Court, Flavio Flores da Cunha Bierrenbach, postulated in his article in the Folha de São Paulo newspaper of July 6. He said that Yasser Arafat had invented the notion of the Palestinians as a people after the defeat of the 1967 War as a marketing gimmick to further his cause.

It is an understatement to say that I was astonished to read this. Anyone who has a minimum of information about the Middle East knows that the Palestinian struggle for statehood has existed for over 60 years and that the independence of Israel in 1948, had forced at least 700,000 Palestinians out of their villages, the most violently, others through payments and threats. A Brazilian journalist colleague, Jose Antonio Lima, wrote a great reply to Bierrenbach on the website of the newsweekly Carta Capital the next day. “It is surprising that, on this side of the Atlantic, people still foster some kind of idea that, ultimately, flirts with racism and at very least hinders the search for peace,” wrote Lima.The dream of a solution of two states, one Jewish and one Palestinian, free and independent, side by side, is crumbling with the steady growth of Jewish settlements in the West Bank, territory occupied by Israel since the 1967 War, and which would form the bulk of a Palestinian state. In fact, the Israeli Right does not want to see a Palestinian independent state. They are content to live behind separation walls, oblivious to the pathetic situation of the Palestinian people, who are humiliated daily by the Israeli occupation, which controls everything that goes in and out of the territories.

Life for Palestinians in Gaza is even worse. There tunnels from Egypt that brought medicines, gasoline machinery and even fast food, bypassing the virtual blockade to which Israel subjects the territory, are now 95 percent blocked. This exacerbates the anti-Israeli sentiments, and along with the recent arrests of dozens of Hamas members by Israel, explains the new wave of missiles targeting Israel.

Israel should sit down and talk with Hamas and the Palestinian Authority of Mahmoud Abbas. Excluding Hamas leads nowhere, except to more confrontation and more violence. We have to reduce the violence and tension and stop having endless negotiations for a peace that go nowhere. The Israelis have to be pressured to give real concessions to the Palestinians. Only the US can do this, but unfortunately I do not think Americans want to or can do so in the near future. Without this pressure, and the Israelis threatening to invade Gaza again, we may be entering into a third intifada.