Photo of the Day: Books for sale in Riyadh 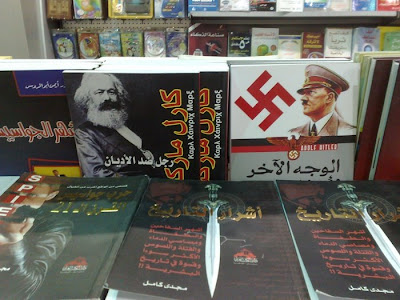 I TOOK this picture at the Xplora store at Riyadh's King Khalid International Airport on Wednesday afternoon as I was waiting to get on a flight to Jeddah,

An employee of the store told me that all Xplora stores are allegedly built in the shape of a swastika! "It's because the owners are German, though it's different from Hitler's version," he told me.

i took a very similar picture at the airport in Amman...

and what is the problem did mr hitler and the nazis
have killed arabs? who have killed millions arabs
the nazis or the french english american bastards.