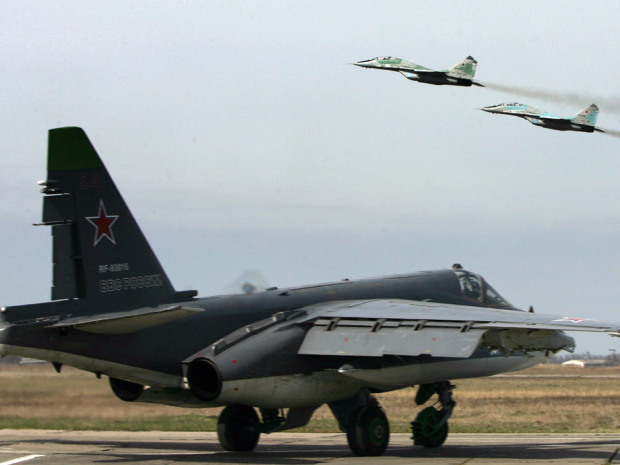 The formal entry of Russia into the Syrian civil war last week, with its bombing of rebel targets in Homs and Hama, places which by the way have no Daesh forces, is a bad omen for the region. A visibly weakened Bashar al-Assad regime was having difficulty holding on to the smaller Syria that it still controlled and if not for Russian intervention in its favor, it may have been forced sooner rather than later to the bargaining table.

The United States, Saudi Arabia, Turkey and Qatar have been supporting various Syrian rebel groups that are fighting for a new Syria without Assad and all of his thuggish allies. Forty-four years of Assad family rule has been far too much for the Syrian people, who emboldened by the Arab Spring revolts in the Arab world in 2011, decided to peacefully protest against their government. The regime’s answer was violence, arrests, torture and “disappearances”. It is no wonder then that the opposition soon took up weapons to defend itself from the merciless attacks of government forces.

But if you listen to the Assad regime, you hear another story which sounds like a fairytale it is so ridiculous. On Friday, the regime’s favorite cheerleader Buthaina Shaaban appeared on the BBC’s Newsnight program to stupidly claim yet again that there was no civil war in Syria, and that in fact the Syrian government was fighting “terrorists” hell-bent on blowing up schools and hospitals, not fed-up civilians who have formed rebel militias to topple a regime that has held Syria in its blood-stained hands for far too long.

The Saudi Foreign Minister Adel al-Jubeir stressed the struggle to get rid of Assad in a speech to the United Nations on Oct. 1, lamenting that “the international community continues to be unable to save the Syrian people from the killing machine that is being operated by Bashar al-Assad. …Those whose hands are stained with the blood of the Syrian people have no place in a new Syria.”

The U.S. under the administration of President Barack Obama has been extremely reluctant to get too involved in the Syrian conflict, limiting itself to bombing Daesh targets in Syria and Iraq from the air, action that has yet to seriously affect Daesh’s capability to rule and hold on to its territory. Russian President Vladimir Putin has sensed this American hesitation as weakness and decided to step in by expanding an air base in Syria and stationing Russian bomber jets there. After their first bombing runs, in which they hit a rebel group that is funded by the Americans and killed 33 persons, the US government issued barely a peep in protest.

For sure the Russians are not rushing ground troops into Syria, having learned a hard lesson in the 1970s during their bloody occupation of Afghanistan. Unfortunately, Iran is rushing more soldiers and commanders into Syria to bolster the Lebanese Hezbollah forces already there. This only adds to the sectarian dimension that the Syrian civil war has taken on.

With approximately 300,000 Syrians already dead in a civil war half-way into its fifth year, the beginning of an active Russian military intervention and more Iranian troops arriving, the prospects of a peace settlement seem remoter than ever. European Union members should be at the forefront of trying to resolve the Syrian civil war as soon as possible, given the huge numbers of refugees that is has been forced to deal with this summer coming from Syria.

While the U.S. and its allies took pains not to target Syrian government forces in their bombing raids of Daesh targets in Syria, the Russians have had no such compulsions. The long talked about no-fly zones over northern areas of Syria near the border with Turkey to provide safe-havens for rebel groups and civilians, were never undertaken by the US because of Obama’s hesitation and hand-wringing over how far to get involved in Syria. For sure the many losses that Americans were subjected to in their 10-year occupation of Iraq are one of the main reasons that Obama and many other Americans were reluctant to okay no-fly zones in Syria. But if they had been implemented two years ago, the war would have taken a different turn for sure. Now, the rebels without any protection are going to be much more vulnerable to Syrian regime attacks thanks to the powerful Russian air cover and attacks that are bolstering the Assad regime.

It’s a shame really given that the US maintained no-fly zones over parts of Iraq for years before Saddam Hussein was overthrown in order to protect the Kurdish population. The Kingdom footed the bill then, and perhaps could have contributed to help maintain no-fly zones over Syria, but Obama did not have the guts to do so. His administration will be remembered for that, and not kindly.

By:
Rasheed Abou-Alsamh
Tags:
Syria
US
Middle East
Share this: