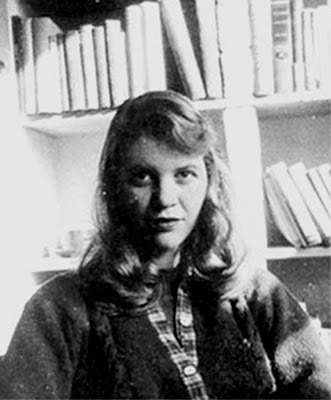 I JUST read today in the Correio Braziliense that the son of the late poet Sylvia Plath and Ted Hughes, Nicholas Hughes, hanged himself on March 16 at the age of 47. His sister Frieda said that he had been suffering from depression for a long time.

Nicholas was just one year old when his mother Sylvia gassed herself to death in their small north London flat in 1963 after battling depression. Her husband Ted had left her for another woman, Assia Wevill. She would later kill herself and their daughter in a copycat version of Sylvia's suicide in 1969.

The Correio mentions that Sylvia wrote a poem about the Brazilian capital, entitled Brasilia, at the end of 1962. In it she seems to refer to a teething Nicholas who must have been less than year old when she wrote this poem:

These people with torso of steel

Of cloud to give them expression,

And my baby a nail

He shrieks in his grease

And I, nearly extinct,

Themselves on my thumb-

In the lane I meet sheep and wagons,

O You who eat.

By the dove's annihilation

The power, the glory