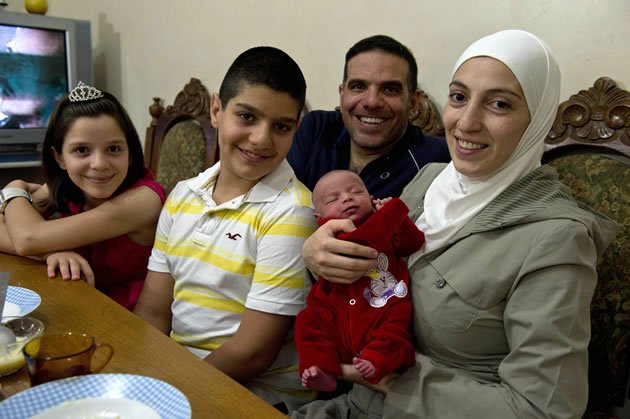 IT isn’t a very well-known fact but Brazil has been taking in Syrian refugees since 2013 when the Brazilian government decided to issue them special visas that gave them refugee status in the country. In September, Brazilian President Dilma Rousseff announced that her country was extending special visas for Syrian refugees for another two years. There are now roughly 2,000 Syrian refugees living in Brazil.

Many Syrian refugees have said in interviews that they chose going to Brazil legally with visas and on airline flights over risking their lives being smuggled to Europe via the Mediterranean. Even so, immigrating to Brazil is not that much cheaper than going to Europe. Ali, a new Syrian immigrant in Brazil, told BBC Brasil that he paid $10,000 to get to Brazil.

The two main problems that Syrian refugees face upon arriving in Brazil are the language barrier and the fact that the Brazilian government has no official program to help refugees settle once they arrive. I’ve read accounts of individual young male Syrians arriving at the airport in São Paulo and being overwhelmed by the different language here and not having any local contacts yet that can help them. With a lack of Arabic-speaking staff at the airport, some new arrivals have spent days in the terminal until someone told them how to take the bus to the center of the city and where to find cheap hotel accommodation.

The language barrier is especially harmful to these Syrian immigrants as it stops them from finding good jobs. Some local charity groups, such as Caritas, as well as mosques in São Paulo have been providing language lessons to the refugees and helping them find at least temporary jobs. Some enterprising Syrians have set up their own small stalls on the streets to sell homemade Arabic pastries and sweets to make a little money.

Brazil is going through an economic crisis, with many Brazilians being laid-off of work, so this has not helped the work prospects of the new immigrants. I’ve read several reports in the Brazilian press that immigrants from Haiti, which were once flooding into the country at the rate of several hundred a month, are now leaving Brazil for greener pastures such as the United States.

To help cope with this situation the Brazilian government has allowed needy Syrian immigrants to be enrolled in their income transfer program called Bolsa Familia, which pays very poor Brazilians a small sum of money every month to stop them from starving. According to BBC Brasil, there are now 163 Syrian families receiving monthly payments of around $41 each. This may seem like peanuts, but this welfare program was designed to keep the poorest of the poor Brazilians from absolute poverty, and not for helping refugees.

Sonia Rocha of the Institute of Work and Society Studies told BBC Brasil that she did not think the Syrian refugees should be included in the Bolsa Familia program because they need specific help from the Brazilian government.

“This just masks the problem,” she said. “We need proper mechanisms for refugees in our institutions.”

To help state governments and municipal officials deal with the influx of refugees from various countries, the Brazilian Ministry of Justice’s National Committee for Refugees last week released R$15 million in credit (around $4 million) for the assistance of refugees and immigrants.

Despite all of the problems, the positive side of this story is that Brazilians are very friendly and welcoming, and this helps immensely in the adaptation of Syrian immigrants to their new home. The children of these immigrants, once they are enrolled in Brazilian schools, quickly pick-up the Portuguese language and often end up being their parents’ interpreters when they deal with Brazilians.

Brazil is a continent-sized nation with a population of 203 million, rich in minerals, agriculture and rivers. This country could easily absorb up to 50,000 refugees, according to a paper written this month by Cecilia Baeza, a political science professor at the Getúlio Vargas Foundation in São Paulo, who specializes in the Arab world. One problem they face that Baeza points out in her paper is the lack of support from the local population of Arab descent who are of Syrian and Lebanese origin, who because most of them are Christian therefore do not feel compelled to help the new immigrants who are mostly Muslim.

“Some fear that the arrival of Muslim refugees would change the image of the diaspora, which is mainly Christian. Adolfo Numi, director of the Syrian Charitable Society in Chile, recently said in an interview: 'We want to bring Syrian refugees to Chile, but even if we do discriminate by religion, we want the Syrian community in Chile to remain Christian in its majority…,’” writes Baeza.

Facing such discrimination, it is imperative that the Brazilian government and the local Muslim community in Brazil help these Syrian refugees much more. Most of these immigrants are educated and can contribute a lot to Brazil. There are many opportunities here despite the economic downturn, and what these refugees need is help with cheaper accommodation, since high rents are one of their main complaints; intensive Portuguese-language and Brazilian culture training and monthly cash payments for at least two years to help them buy food and other necessities.

Most of the Syrian and Lebanese immigrants to Brazil in the 20th century arrived here penniless but soon adapted to their new home and built successful businesses. Today, there are Brazilians of Arab origins in the highest echelons of the government and business community. There is no reason that this new wave of immigrants from Syria cannot achieve the same heights. They just need a little helping hand to begin with, and the many opportunities offered by such a rich nation as Brazil will surely take care of the rest.