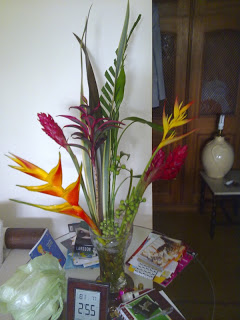 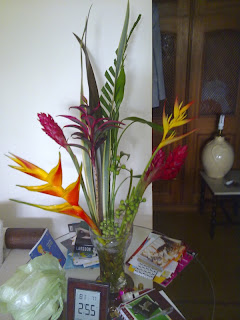 LAST Thursday, December 3, I attended the annual Christmas bazaar of the American International Club of Brasilia at the Portuguese Embassy.

My mother has been a member of this club for many years, so I decided to tag along this year since I had never been before. The club was founded in 1971, when Brasilia was only 11 years old. It’s original name was American Women’s Club of Brasilia, but that was changed a few years ago to accommodate the husbands of diplomats who were posted to the Brazilian capital and wanted to be members of the group.

I also got a beautiful watercolor of a cashew tree for R$80 ($46) painted by Therese von Behr, a talented artist originally from Romania and who has been living in Brasilia for many years. I also won a jar of Marmite from the UK in the raffle section. Unfortunately, although I do like the saltiness of the dark brown yeast spread, I cannot eat it because it will inflame the gout I have in my left ankle.

What really caught my attention though, was the Asian section of the bazaar that had steamed Chinese dumplings, Indonesian dishes and a rice, kabsa dish from Kuwait. A Brazilian man came in bearing the Kuwaiti dish. I looked in vain for a Kuwaiti woman accompanying him and later had to laugh and point out to my mom that a Brazilian maid in a well-pressed uniform was standing next to the Kuwaiti dish ready to serve anyone a plate of the good-looking dish for R$5 a pop.

“How typical of Kuwaitis,” I told my mom, chuckling. “They can’t even be bothered to show up, instead they send their dish with a maid!”

With that we called it a day and left with our goodies to have lunch at the Gilberto Salamão shopping center in the Lago Sul. 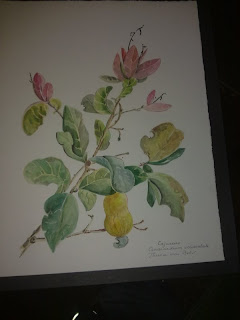 I think Therese von Behr is originally from Litjuania, and might've migrated from Austria. She is a Baroness and her life is one of the most interesting and inspirational I have ever heard of. She is a living legend and deserves awards for all her great work and accomplishments.
Thank you so much for posting this blog.

Nice post, thanks for sharing this wonderful and useful information with us.

Thank you for great article. Where else could anyone get that kind of information in such a perfect way of presentation.