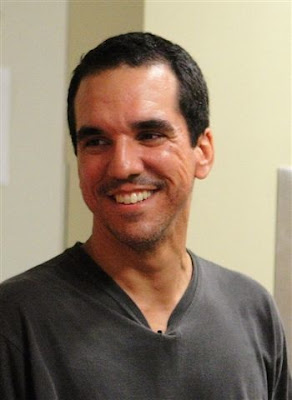 SOME cinema-goers in Brazil were surprised last month when Erik de Castro’s new film “Federal” was released just days after the blockbuster “Tropa de Elite 2” had opened. They rightly believed that “Federal” would be unfairly compared to “Tropa”, which had a much bigger budget and opened on nearly ten times more screens than Castro’s film.

ANSWER: That’s a long story. To make it short: we had no option. “Tropa” is a blockbuster. “Federal,” which was called “a masterpiece” by a film critic in Rio shortly after its first screening at the Rio International Film Festival, is more in the path of a cult movie now. That’s okay, though. “Blade Runner” was indeed one of my influences!

A: The same as it was with any of the almost forty actors and actresses that I had on my cast on “Federal”: a creative collaboration. Also, I just didn’t see him as a star. I’ve known Selton since 1995 when I invited him and he accepted to be in my first short film shot in Brazil — I had a few others shot during my student period in Los Angeles — called “Reason to Believe” (1996). I showed ‘Federal’s script to him in 2001, right before the Sundance Lab Institute selection, and he promptly accepted. He was not difficult to direct at all. Like I said, filmmaking is all about creative collaboration.

As for the last question, why don’t you ask him about it? He’s currently dedicated to his own projects that he is producing and directing and that is happening at the same time of “Federal’s” release.

A: To me they’re very organic. Sex is something that is part of our lives. So some cops in “Federal” do have a lot of love to give to their ladies…and vice-versa! I think people should relax more with sex scenes in films — and enjoy it. Truth is I’ve heard a lot of people who loved them in “Federal”!

A: Other drugs come and go, but cocaine is always there. I don’t see a character like the diplomat Sophia consuming crack or ecstasy. Cocaine made our point. Cocaine is the classic drug. And that phrase (“the capital of the powder”) didn’t come from me. It came from UnB Professor Argemiro Procópio, PhD, one of the consultants of the script. He’s the author of many books about drug trafficking and how it affects our society. One of them “O Brasil no Mundo das Drogas” (“Brazil in the World of the Drugs”) points out Brasília as one of the cities where drug consumption, especially cocaine, has grown more than elsewhere in the entire country.

And that has a reason: cocaine is an expensive drug and Brasilia has a lot of rich people. Period. Big shopping malls brands come here, great fashion stores, hip and very expensive concerts, and cocaine too. That’s historical in this city but no one seems to care or talk about it. Professor Argemiro dared me: “I dare you to put that phrase in your film.” Well, it’s there.

A: Original lines and Michael loved it! Sam Gibson originally was a one-scene character, who was supposed to be a kind of a comic relief in the story, with all those lines and purposely cliché. His character grew in the story and some of the cliché lines stayed. That’s all. We had a ball on the set with Michael.

I’ve heard different opinions about Sam’s sense of humor and for me that’s what “Federal” and any good film — or art form for that matter — is all about: Not having consensus.

A: I don’t. Others have congratulated me for the script and the way that the edited film kept them tight in their sits, waiting for what was going to happen next. These people understood the film thoroughly.

I had as an editing consultant on this film — and who is also a dear friend — Roman Polanski’s editor, Academy Award nominee Hervé deLuze (“The Pianist”). He had read the script and appreciated very much the way Heber Trigueiro (“Federal’s” editor) and myself were conducting the rhythm and pace of the film.

Again, film is a very complex art form. Either it hits you, or not. If everyone understood it the same way, it would be too boring. That’s why cinema is so great: cinema is disagreement. I might like a film that you hate and vice-versa.

A: Come on, give me a break! It’s a cop movie! They were being shot at. So, let’s kill the bastards!!

At some point in a movie like this, it is a matter of kill or be killed. This was one of those moments. It’s like a modern Western.

I’ve heard about federal policemen who saw it and liked it very much. I just think that I’ve shown the cops, their wives and even the criminals in a humane way.

The Federal Police Department is a very big place and I’m sure you would get a lot of different opinions there.

A: I’m working right now on a romantic vampire thriller called “A Lenda de Cândida” (“Candida’s Tale”), which I wrote with my “Federal” co-writer Érico Beduschi back in 1999. Diler Trindade will produce this one. 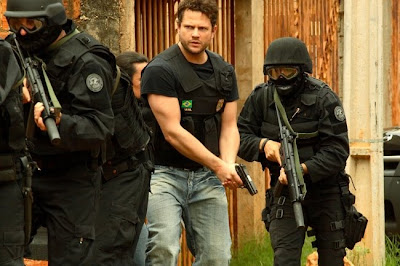